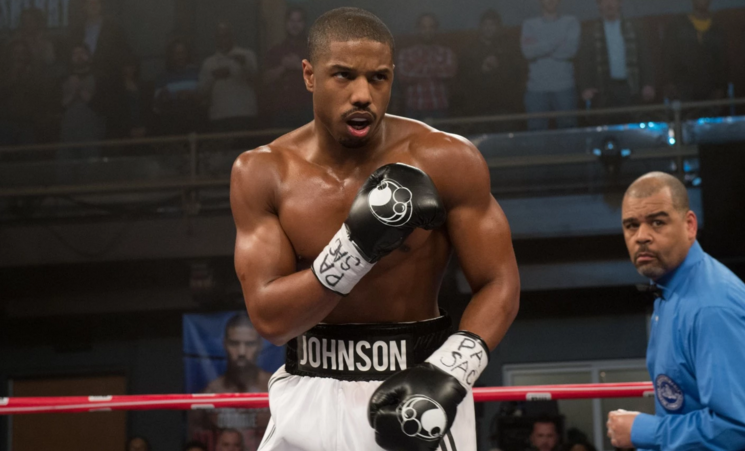 Four of the year’s 25 top-grossing movies star a minority in a leading role. All but two had white directors. And the number of minority actors forecasters expect to get Oscar nominations can be counted on one hand.

In the year since the Sony Pictures hack exposed racially insensitive emails and cast a spotlight on Hollywood’s diversity problem, movie studios have shown little progress in hiring more people of color for their casts and crews.

The industry is ignoring a gold mine. Every year for the past half-decade, the average white American has bought a ticket to fewer films than the average black, Hispanic or Asian moviegoer, industry data shows. Though 37 percent of the U.S. population, minorities bought 46 percent of the $1.2 billion in tickets sold in the United States last year.

Some of the year’s biggest surprises had diverse actors and small budgets but ended up dominating the silver screen. For five straight weeks ending in September, movies with predominately black casts topped the box office, including the Christian drama “War Room,” thriller “The Perfect Guy” and rap biography “Straight Outta Compton,” which has made $200 million on a $28 million budget to become the highest-grossing biopic of all time.

More recently, “Creed,” a “Rocky” spinoff starring Michael B. Jordan and directed by Ryan Coogler — both 20-something black men who led the 2013 critical darling “Fruitvale Station” — has triumphed with $72 million at the box office and one of the best opening weekends in the boxing franchise’s 40-year history.

High-profile hires of actors such as Jordan in “Creed” and John Boyega in “Star Wars: The Force Awakens” have remained the exception in a Hollywood that has shown only stuttering progress over the past year in getting more-diverse talent into blockbuster roles.

But that lack of diversity, long a social issue, is increasingly becoming a business issue, and analysts say the success of movies such as “Creed” and “Compton” could make a big difference in persuading Hollywood’s dealmakers to better reflect the multicultural country it represents.

“Oftentimes it’s not emotional appeal, it’s the spreadsheet that can make the change,” said Paul Dergarabedian, a senior media analyst with industry researcher Rentrak. “Show the empirical evidence. Look at the profitability of all these movies written, directed, produced by African Americans. That’s how you get the attention of Hollywood — or at least the people holding the purse strings.”

For all its grandeur, Hollywood is a fiscally conservative industry, and studios and financiers have long proved hesitant to invest tens of millions of dollars into projects backed by filmmakers they do not know.

“When I go to [film studio] offices, I see no black folks except for . . . the security guard,” director Spike Lee said while accepting an honorary Oscar last month at the Governors Awards. “It’s easier to be the president of the United States as a black person than to be the head of a studio.”

That monolithic whiteness has created a chicken-and-egg problem: Talented actors and filmmakers of color are routinely shut out because they were never given a chance in the first place.

Over the past year, “my sense is not a lot has changed,” said Darnell Hunt, director of UCLA’s Ralph J. Bunche Center for African American Studies. “The people who control the industry are still very reluctant to take a risk on untested talent — that is to say, people of color.”

Of the top 100 films last year, 73 percent of all characters were white, and only 17 of those movies starred nonwhite lead or supporting actors, University of Southern California researchers found.

Minority audiences, of course, did not flood only minority films: People of color bought more than 60 percent of the U.S. tickets to last year’s “Transformers: Age of Extinction,” a $245 million blockbuster whose cast was almost exclusively white.

The power of minorities’ spending, particularly in movies with more diverse stars and stories, has become impossible to ignore. “Furious 7,” which made more than $1 billion worldwide, pocketed 62 percent of its $350 million gross in the United States from minority moviegoers. Notably, “Compton,” which far outpaced financial projections, counted a box-office audience that was 75 percent nonwhite.

“If you try to be diverse for the sake of being diverse, it’s going to fail,” Jeff Shell, the chairman of Universal Filmed Entertainment, the studio behind “Compton,” told Variety last month. “The real reason to do it is that it’s good business. Our audience is diverse.”

The debate over Hollywood diversity sharpened last winter after stolen private emails between Sony Pictures co-chairman Amy Pascal and movie producer Scott Rudin revealed the two joking that President Obama would like only films starring black actors: “I bet he likes Kevin Hart,” Rudin said. Both have since apologized, and Pascal lost her job.

The Academy Awards solidified the slight earlier this year when, for only the second time since 1998, no actor of color was named among the Oscars’ 20 acting nominees. Viewers chastised the Academy with the hashtag #OscarsSoWhite, and the Oakland Tribune headlined the news “And the Oscar for best Caucasian goes to . . .”

The Golden Globe nominations, unveiled last week, featured a number of nods for minority TV actors but few candidates of color in film. Of the 35 nominees for best director, actor, actress and supporting actor, only three were minorities: director Alejandro González Iñárritu and actors Will Smith and Idris Elba. None of the 10 nominees for best picture were led by minority stars.

The frustrations over Hollywood’s lack of diversity could grow by the next Oscars, hosted in February by comedian Chris Rock, who last year wrote an essay calling Hollywood “a white industry.” When Rock first hosted the show, in 2005, he joked that the Oscars’ four black nominees made it “kind of like the Def Oscar Jam.”

The academy has yet to announce its nominees, but predictions from Oscar handicappers have surfaced only a few minority hopefuls: Elba in “Beasts of No Nation” and Samuel L. Jackson in “The Hateful Eight” for best supporting actor; Smith for best actor in “Concussion”; and Iñárritu for best director for “The Revenant.” Also, “Compton” is a long shot for best picture.

No women of color are in the running to win any of the 10 lead- or supporting-actress Oscar nods this year, a discouraging sign coming shortly after Viola Davis became the first African American woman to win an Emmy as lead actress in a drama, for her role in Shonda Rhimes’s “How to Get Away With Murder.”

“The only thing that separates women of color from anyone else is opportunity,” Davis said in September during her acceptance speech. “You cannot win an Emmy for roles that are simply not there.”

The academy said recently that it will launch a five-year plan, called A2020, intended to encourage film executives to hire a more diverse talent base. Academy President Cheryl Boone Isaacs said in September that, although the academy “has no power over Hollywood [and] nothing to do with hiring,” she hoped the plan can get studios and agencies to “widen their normal stream of thought.”

Filmmakers, in turn, have pointed the finger at their financiers. Director Ridley Scott, criticized for casting white actors, including Christian Bale as Moses, in “Exodus: Gods and Kings,” said last year that the move was needed to secure the money for his $140 million epic: “I can’t mount a film of this budget . . . and say that my lead actor is Mohammad so-and-so from such-and-such. . . . I’m just not going to get it financed.”

Studios and film crews that did fill roles with actors of color faced resistance this year from angry fans, including over Boyega in his role as a stormtrooper in the new “Star Wars” and Jordan for his “Fantastic Four” role playing a superhero who is white in the original comic-book version.

When big films this year focused on minority characters, many instead filled their spots with white actors. In “Aloha,” for instance, Emma Stone was cast to play a Chinese Hawaiian woman.

After “Gods of Egypt,” a fantasy tale set in the ancient Middle East, was cast with mostly white actors in Egyptian roles, director Alex Proyas apologized, saying that “the process of casting a movie has many complicated variables, but it is clear that our casting choices should have been more diverse.”

“Selma” director Ava DuVernay said the “Gods of Egypt” apology was an “unusual occurrence worth noting” for a casting problem “that happens all the time.” She also said it made her value the minority castings in “Star Wars” and “Creed” even more, tweeting, “We all deserve icons in our own image.”