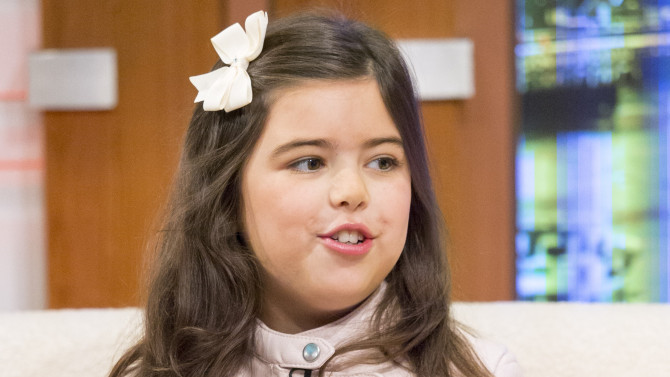 Maker Studios, the short-form digital studio owned by Disney, is opening its wallet to produce original entertainment programming — from talent both within and outside its network of 60,000 creators.

Under the new Maker Studios Spark program, the company invited creators to pitch original concepts. From those submissions, Maker picked the most promising concepts and is producing them as series or cross-platform franchises. Initially, it is working with a group of 34 Maker-affiliated creators and has greenlit more than 100 additional concepts.

Members of the inaugural Maker Studios Spark class come from YouTube, as well as other platforms including Vine, Instagram and Facebook. The content ranges in genres and styles across gaming, lifestyle, family and entertainment. A Maker rep declined to disclose how much it’s investing in the initiative.

Creators tapped for the program include 12-year-old Sophia Grace Brownlee (pictured above), the British tyke who rose to fame after a regular stint on “The Ellen DeGeneres Show” with her cousin; prankster Magic of Rahat, father-daughter music team RealityChangers; gamer Chris Pirillo; and Viner Nampaikid.

In addition, programming rolling out as part of Maker Studios Spark will feature talent not affiliated with Maker, including singer Andrew W.K. and teen digital personality Luke Korns.

Separately, YouTube has been funding its own batch of original programming, available initially on the YouTube Red subscription service. Maker is one of YouTube’s partners in the effort: It co-produced the “Scare PewDiePie” series, starring Maker-affiliated Felix Kjellberg (aka PewDiePie), who is arguably YouTube’s biggest star. Verizon’s Go90 mobile-video service also has made moves to snare digital talent in exclusive content pacts.

Maker said it selected the initial creators for Spark based factors including creative abilities, audience engagement and their potential for expanding beyond native platforms and formats. All told, according to the company, Maker Studios Spark talent have garnered more than 2.6 billion lifetime views on YouTube as well as 19 million subscribers across YouTube and Vine, more than 5 million Facebook followers, 4 million Instagram followers and 1.8 million Twitter followers.

“The heart and soul of this program is our creators,” said Gabriel Lewis, Maker’s EVP of development and studios. “It’s an innovative way for them to leverage the resources of Maker to create original franchises for their existing audiences while taking some new and exciting risks.”

Maker is hosting a premiere screening for members of the initial Spark program at the ArcLight Cinemas in Culver City, Calif., on Feb. 29.

One of the first Spark series is “Intro To…,” a format developed by and featuring the Holderness Family (headed by two former TV reporters). The first installment, which answers questions from kids using musical comedy, is an explainer about two of the highest-profile presidential contenders – Donald Trump and Hilary Clinton.