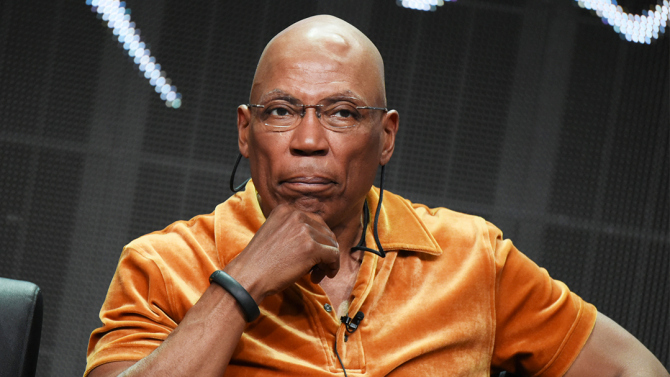 Paris Barclay, president of the Directors Guild of America, has blasted Hollywood executives for failing to take enough action to address the lack of employment for women and minorities.

“The current Oscar controversy has put a spotlight on a condition that has long shamed this industry: the lack of women and people of color across all aspects of opportunity and employment,” he said. “The Directors Guild believes that the industry and the community should be responsible for telling all people’s stories and reflecting the diverse lives we lead.”

Barclay issued the statement Monday, four days after the Academy of Motion Picture Arts and Sciences took steps aimed at doubling the numbers of minorities in the Academy by 2020. The diversity issue has been at the forefront of Hollywood since the Jan. 14 announcement of Oscar nominations, which didn’t include a non-white actor.

“Many times, with the best of intentions, a subject that is a symptom of this industry plague, but not the root cause, is targeted,” Barclay said.

“The Academy’s decisions – to broaden its leadership and membership, and to limit voting rights for those no longer active in the industry – are important actions and may lead to greater acknowledgement of more diverse films and people who make them,” he said. “But this alone will do little to create more choices and get more films and television made that reflect the diversity we all deserve.”

Barclay is now serving his second term as the president of the DGA, which released its own surveys last year on the first-time hiring of female and minority directors in feature films and TV — with the latter showing a slight uptick on females in the episodic category. The DGA has about 16,000 members.

“Statements, statistics, pleas and calls for action have done little to move the needle,” he said Monday. “It is time to be clear – structural changes are needed. Those who control the pipeline and entryway to jobs must move beyond the ‘old boy’ network and word-of-mouth hiring. They must commit to industry-wide efforts to find available diverse talent that is out there in abundance, or to train and create opportunities for new voices entering our industry. Rules must be implemented to open up the hiring process and rethink the idea of ‘approved lists.'”

Barclay concluded by asserting that top executives have not done enough to address the problem.

“A small handful of executives had spoken of their intentions to improve – none have put forward a clear plan of action,” he said. “Only when those who control the pipeline decide to individually, or jointly, take concrete action will we see significant change.”

Barclay is one of the busiest TV directors in the business, having helmed about 150 episodes. He’s recently shot episodes of “Empire” and spent 10 months in Wales as exec producer of “The Bastard Executioner.”