Director Jon M. Chu Promises ‘In the Heights’ Will Hit the Big Screen: ‘It Demands to Be in a Theater 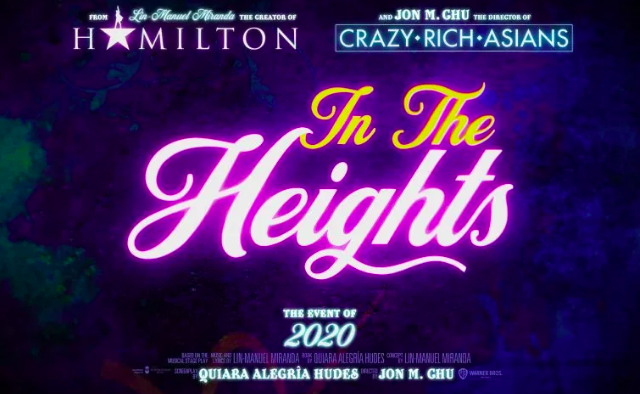 Director Jon M. Chu promises “In the Heights” will make its theatrical debut. Exactly when, of course, is another question as the coronavirus pandemic prompted Warner Bros. to hit the “pause” button on the film’s scheduled June 26 release indefinitely. Screenings of early cuts of the film had already begun when the pandemic broke.

“I hate the word ‘indefinitely’ because it’s sort of open-ended. We’re gonna have a date. It’s just about if we choose a date now, we’d probably have to shift it later. So, we’re not going to commit to one now,” Chu said on the “Variety After-Show.”

The film — starring Anthony Ramos — centers on the largely Hispanic neighborhood of Washington Heights in Manhattan and is based on a hit musical written by Lin-Manuel Miranda and book by Quiara Alegría Hudes.

Read the full article at Variety.