Seems there will be no slowing down when it comes to Digital Streaming platforms. With the announcement of Disney starting their own streaming service, with original content and ESPN sports programming. Not to mention the news of Netflix, landing major showrunner to an already successful slate, as an audience we are left to wonder what more is in store?

Variety reported that Disney will not renew their movie-output deal with Netflix but instead will start its own streaming service, starting with its content produced in 2019. However, as Reuters notes, Bob Iger, Disney CEO, made no comment on the status of Lucasfilm and Marvel Studios productions (despite rumors saying negotiations are underway for these properties).

Disney reports that it will launch two (2) streaming services, one will be focused on films and television shows. The other will be for sports, an ESPN service. Just next year, it will feature 10,000 sporting events annually, including Major League Baseball Games.

While we have seen films and televisions at the forefront of digital streaming services, the sports service might be Disney’s way to change (and beat) the game. HBO, CBS, Starz, and Showtime all have done their own streaming services. Amazon is looking into live television with sporting events, but it seems Disney might have beat them to it.

To cement their jump into the fray, Disney paid $1.58 Billion for a bigger stake in Bamtech -- the streaming video company that is developing both Disney streaming products. With this acquisition, Disney now owns 75% of the company.

Bob Iger said in a statement: “No one is better positioned to lead the industry into this dynamic new era, and we’re accelerating our strategy to be at the forefront of this transformation.”

Acquisitions Point to the Future

Netflix, prior to this busy week, already acquired comic book publisher Millarworld, known for the inspiration of blockbusters like “Wanted,” “Kiss-Ass” and “Kingsman” -- a combined $913 million box office value. L.A. Times reports that while the films will not be part of the deal, the large success of the works points to the potential of the Millarworld - Netflix team.

With David Letterman already signed on to do a six-episode talk show, Netflix continued to work on acquisitions and signed on ABC Titan, Shonda Rhimes. 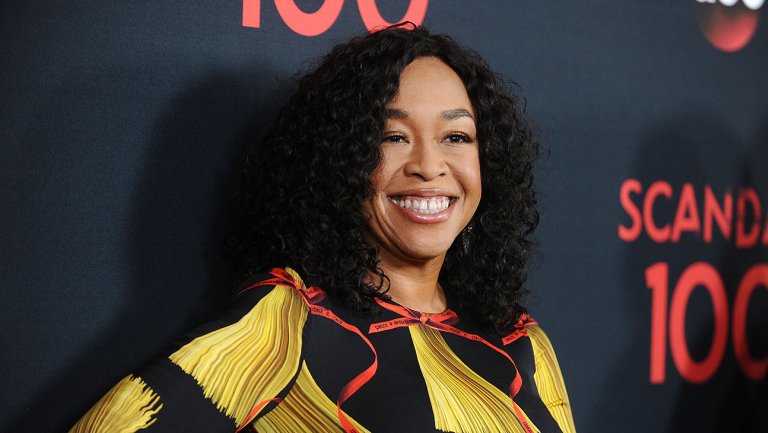 In a statement to the New York Times, Shonda Rhimes said the following: “Shondaland’s move to Netflix is the result of a shared plan Ted Sarandos [Chief Content Officer at Netflix] and I built based on my vision for myself as a storyteller and for the evolution of my company. Ted provides a clear, fearless space for creators at Netflix. He understood what I was looking for -- the opportunity to build a vibrant new storytelling home for writers with the unique creative freedom and instantaneous global reach provided by Netflix’s singular sense of innovation. The future of Shondaland at Netflix has limitless possibilities.”

Ava DuVernay, who signed with Netflix with her award-winning 13th documentary, shared similar sentiments. DuVernay, in Variety, wrote that Netflix offered a “safe, productive artist space.” She found it exciting as “a person of color and a woman, to be able to… touch large audiences.” Netflix advocated for her documentary, pushed for its entry in the New York Film Festival, launched its Oscar campaign and pushed for its theatrical release. Variety argues that Netflix, as a platform, is just plain attractive to content creators. No ratings, no need for mass appealed subject matter and more creative control are the norm.

Shonda Rhimes will continue her ongoing work on ABC with “Grey’s Anatomy,” “How to Get Away With Murder,” “Scandal,” “For the People,” and “Grey’s Anatomy”-spinoff “Private Practice.”

While the industry readily finds comparisons and competitions with one another, this time, however, there is none. Netflix already is a giant in the digital streaming world, with a unique focus on niche subjects and investing in independent content creators. Disney, in its digital streaming ventures, will likely find no significant competing overlap with Netflix. Disney success is predicated on its established content spanning almost a century, with consistency that brings back loyal fans time and time again. Disney’s bread-and-butter is mainstream family-friendly content. Netflix’s “Making a Murderer” is unlikely to steal Disney viewers, just as Disney’s “Tangled: The Series” is unlikely to steal Netflix viewers.

It's true that there is some over-saturation in the digital streaming world, but with Netflix and Disney each bringing their own abundance of original content, viewers are likely to just get both. This is not unheard of. Viewers, with the plethora of digital streaming services at hand, treat each service like a channel. As an audience, we look forward to seeing what other companies join the ever growing Digital Streaming platforms and what great content derives from the opportunities for content creators to unleash their creativity.