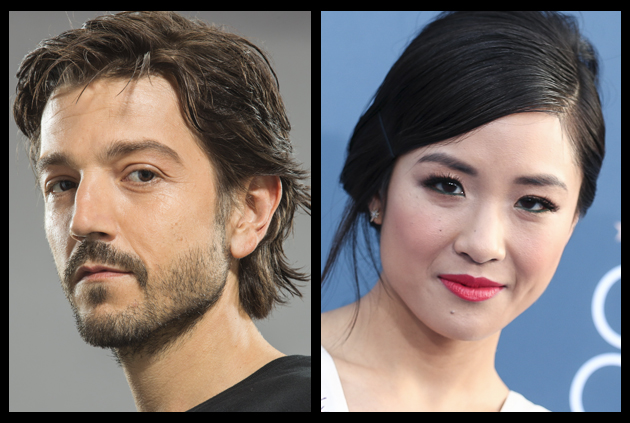 Diego Luna will be voicing Moth in the new animated virtual reality series ‘Rainbow Crow,’ a story about a group of animals who experience winter for the first time and soon realize they need a hero (Rainbow Crow) to help save the forest.

‘Rainbow Crow,’ is a Baobab Studios production produced by John Legend. The Native American tale first screened at the Tribeca Film Festival, giving the audience a chance to visit the magical forest of ‘Rainbow Crow’ through virtual reality goggles. Legend will be joining the cast on top of producing. He will be voicing the main character, Rainbow Crow.

Luna will be adding a Latino twist to the character Moth by using Spanish words in the dialogue. His character will accompany Rainbow Crow and his friend Skunk on a journey to save the forest throughout the series. Constance Wu will be voicing Skunk.

The Baobab Studios CEO and founder Maureen Fan said “We are thrilled that Diego Luna and Constance Wu feel that Rainbow Crow is an important story to tell and have come on board. Rainbow Crow is a tale about sacrifice, diversity and self-acceptance, so we are proud to have an incredibly distinctive cast of talented storytellers who share our values. We can’t wait for audiences to experience what these wonderful actors have created.”

The release date has not been announced, but we are excited for the new series. We are eager to see Diego Luna’s portrayal of Moth and excited to enter the virtual reality world.