Los Angeles – Recognizing the fundamental role that a “first break” in the television business can play to increase diversity, the Directors Guild of America (DGA) today issued the results of a six-year analysis of the gender and ethnic diversity of directors who received their first assignments in episodic television. 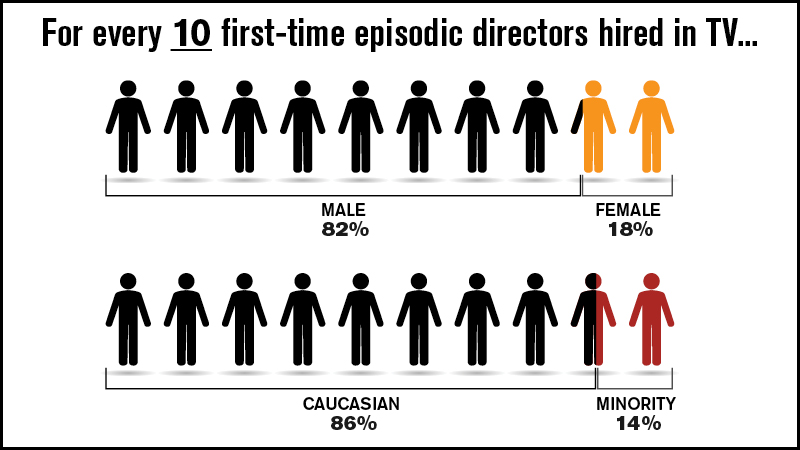 In the six-year period studied (2009-2010 through 2014-2015 television seasons), 611 directors who had never worked in episodic television before were hired by employers (studios, networks and executive producers). The study revealed that 82% (501) of all first-time episodic directors during the six-year span examined were male and only 18% (110) were female; 86% (528) were Caucasian and only 14% (83) were minority directors. 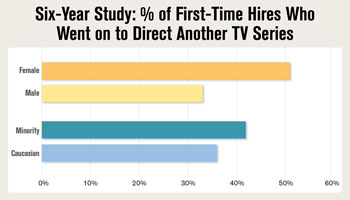 The data also showed that 51% of female and 42% of minority first-time episodic television directors continued directing on other series after receiving their first jobs – higher than their male (33%) and Caucasian (36%) counterparts.

“You can’t increase diversity in the long term without focusing on entry into the business – we challenge the networks, studios and executive producers who make all the hiring decisions in episodic television to actually set diversity hiring goals,” said DGA President Paris Barclay. “It shouldn’t be that hard, because we’ve found that when women and minorities do actually get their first breaks, they’re even more likely to continue on in television directing than the rest of the pool.”

Writers/producers made up 26% of the first-time episodic director pool; actors made up 20%; cinematographers/camera operators were 8%; editors totaled 5%; and other crew made up 6%. Just 27% of first-time hires were individuals who had previously directed in other genres including independent film, new media, commercials, music videos, student films and documentaries; and the remaining 8% was comprised of members of the directorial team – assistant directors, unit production managers and second unit directors.

“As it stands now, nearly half of the new hires are writer/producers or actors,” added Barclay. “It may sound revolutionary, but those with the power to hire may want to consider bringing in more directors – people who are committed to directing as a career – instead of approaching the assignment as a perk. There are many willing, able, and experienced women and diverse directors out there – we encourage the employers to reach out and hire them.”

Check this out at the DGA.org