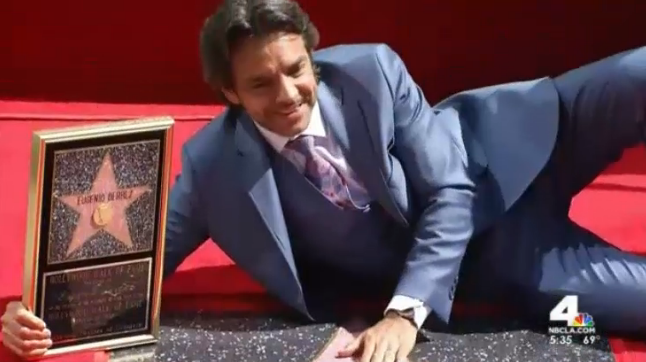 Latino actor Eugenio Derbez made his mark on Hollywood history when he received his star on the Hollywood Walk of Fame Thursday morning, becoming the 88th Latino performer to receive the honor.

Fans came out in the hundreds to cheer on the film and television star in the midst of a push in Hollywood for more diversity.

"As Latinos, we come to the United States to work hard, to succeed," said Cindy Rocha, a fan. "I think it's an amazing thing for him."

Derbez said he's doing what he can to address the lack of Latinos in Hollywood as he crosses over from the Spanish-speaking market to mainstream Hollywood. He will star alongside Jennifer Garner and Queen Latifah on the big screen in "Miracles from Heaven," opening March 16.

"It's one of the few times you can watch a Latino on the big screen who's not playing a criminal or drug lord," said Derbez on his latest role.

Derbez made waves when he wrote, directed and starred in his 2013 film, "Instructions Not Included," which became the highest-grossing Spanish-language film in the country.

"Now they have to listen," Sotelo said. "They have to give us more opportunity."

"Diversity, it's everything about diversity," Derbez said. "They need to start opening their spaces to all kinds of people, not just white people." 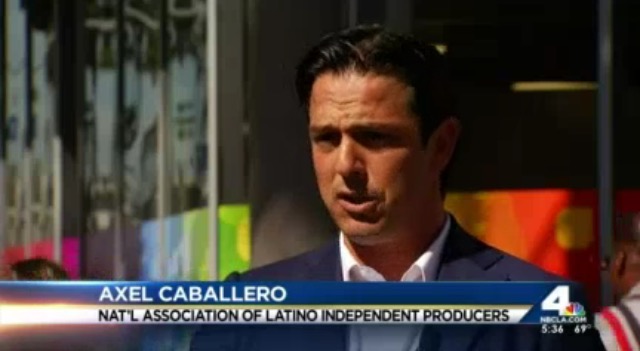 There needs to be more representation at the executive level as well in order to create more opportunities for minorities in the film industry, according to Axel Caballero, executive director of the National Association of Latino Independent Producers.

"The problem is the gatekeeper level — executives, the studios and network leadership," said Caballero. "We need to diversify that to get more opportunities; we have to have representation there."