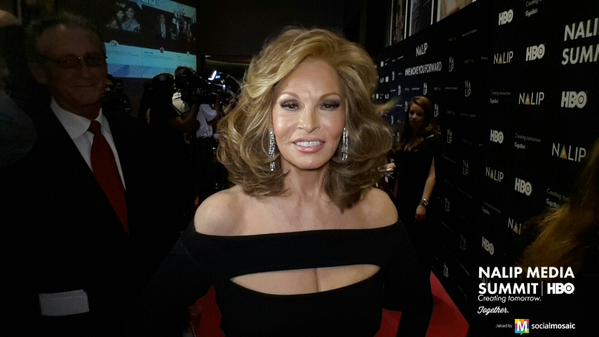 After several film showcases, over two dozen panels, hobnobbing with the numerous industry professionals in attendance, the occasional selfie, and more free drinks than you can count on two hands (twice) — scattered over three days in Los Angeles — the National Association of Latino Independent Producers’ NALIP Media Summit came to an end with a gala event that’s essentially an annual quinceañera for the Latino film industry.

Gowns, tuxes, a step-and-repeat, and a Golden Globes-style dinner (not that we’ve ever attended, but can guess from watching it on TV), were in place at the W Hotel in Hollywood this past weekend to celebrate a successful summit and to single out a handful of particularly talented individuals within the tight-knit community. The attendees of the Latino Media Awards were a crowd made up of established filmmakers, aspiring filmmakers, actors, agents, festival programmers, executives, and a few lucky journalists that managed to sneak in. 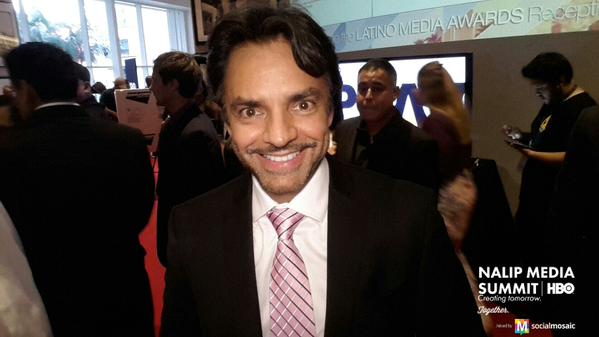 Soulful singer Raquel Rodriguez performed while dinner was being served to set the tone for a couple hours of heartfelt speeches that truly reflected the diverse experiences Latinos go through while pursuing a career in Hollywood. 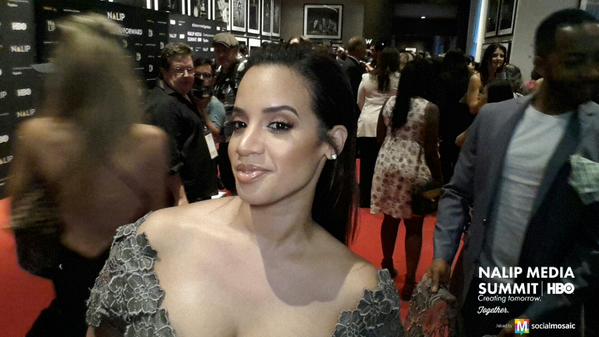 The Advocacy Award was given to Univision’s Roberto Llamas who is in charge of the media giant’s Community Empowerment Division. The Lupe Award, named after legendary actress Lupe Ontiveros, was awarded toOrange is the New Black’s Dascha Polanco, who also walked the carpet and gave interviews in excellent Spanish. On the industry side Tejano Rick Ramirez, SVP of Target Marketing for Warner Bros., received the Industry Pioneer Award. Beloved Mexican comedian Eugenio Derbez was honored with the Outstanding Achievement Award. Closing the festivities, the Lifetime Achievement Award went to veteran actress Raquel Welch (born Raquel Tejada) who was presented with the prize by director Robert Rodriguez.

A poolside party with a performance by Los Rakas followed the emotionally charged ceremony. Even after endless drinks on the rooftop of the famed Hollywood hotel, we were able to piece together some highlights from the winners’ speeches, which offer some wisdom we can all appreciate.