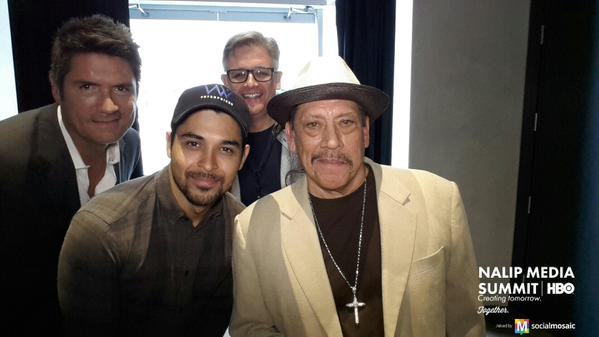 The NALIP Media Summit just keeps layering on the star power. Raquel Welch, Eva Longoria, Dascha Polanco, Eugenio Derbez: who will they think of next? But we’re not talking about red carpets, fancy dresses, and generic press junket-type of star power. No, we’re talking about the most influential Latino movers and shakers of the 21st-century media landscape coming together in L.A. last weekend to figure out how we can continue to empower our stories.

It’s an essential conversation for 2015, especially now that Hollywood and the major networks have begun aggressively courting the coveted “Latino demographic.” Indeed, since the 2010 census Latinos have become a sort of holy grail for media execs desperate to maintain their market share into the foreseeable future. But don’t be mistaken: our representation on the big and small screens is not a question of moral imperative, but rather a function of our spending power. That’s just how mainstream American media works. 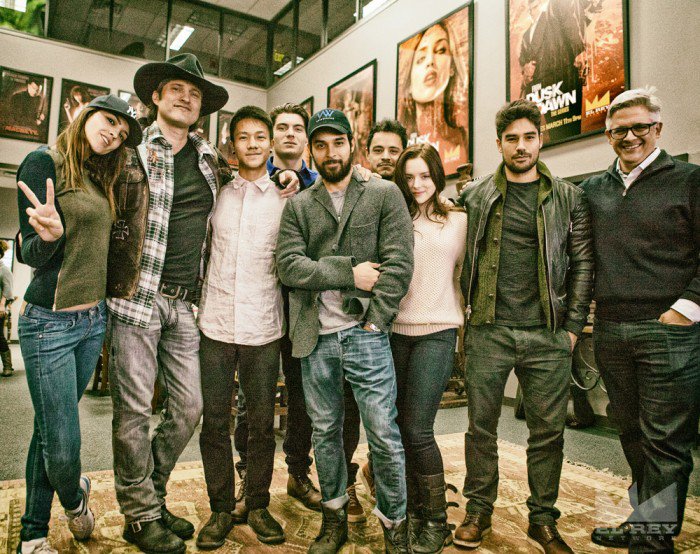 Cast and Crew of ‘From Dusk Till Dawn’

So, while we can certainly expect to see a growing number symbolic bones thrown to the Latino audience over the coming years, it’s still going to take a lot of work to ensure that the complexity of our experience is represented; and that Latino writers, actors, and producers are the ones doing the representing.

The latest panel brought together by the National Association of Latino Independent Producers (NALIP) took a lot of these issues head-on, and it just happened to feature the voices of modern Latino trailblazers like Danny Trejo, Wilmer Valderrama, and writer-producer Carlos Coto, all three of whom are the driving forces behind El Rey Network’s flagship series From Dusk Till Dawn.

Naturally, much of the conversation revolved around El Rey exec Robert Rodriguez, and rightfully so. By unceremoniously showcasing the talents of Latino writers, directors, and actors, Rodriguez’s El Rey has proven to be on the cutting edge of the cultural transformations taking place across the U.S., and it’s own way will undoubtedly be a model for the future of American television. Meantime, there’s a lot of frank conversations to be had. So here’s a handful of tasty quotes to get that hamster wheel in your brain a spinnin’.