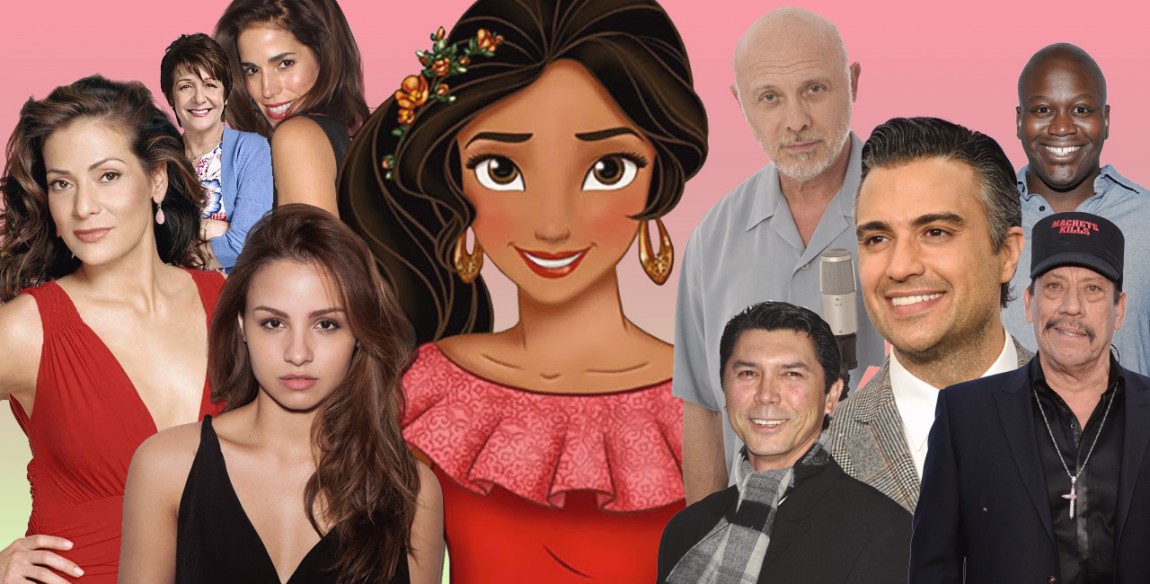 From Snow White to Elsa, Disney princesses have become a cherished aspect of our culture. And this year the Mouse House is looking to add not one but two new princesses to its roster: its first Polynesian princess (Moana, which boasts songs by none other than Lin-Manuel Miranda) and its first Latina princess. The latter, Elena of Avalor, was first introduced in the highly rated Disney Junior show Sofia the First.

Voiced by Dominican-American actress Aimee Carrero, Elena will make her royal debut this summer as the star of the animated series Elena of Avalor with a one-hour premiere event on July 22, 2016. The show is set in the enchanted fairy tale land of Avalor which borrows influences from diverse Latin and Hispanic cultures. That means you’ll get to see Elena fighting off Noblins, elf-like shapeshifting creatures based on a Chilean peuchen myth at the same time as you’ll hear different musical styles including mariachi, Latin pop, salsa, banda, and Chilean hip hop in what’s bound to be a killer soundtrack for the show. Already, viewers can look forward to hearing Latin Grammy winner Gaby Moreno on the theme song for the show.

If that’s not enough to get you psyched about it, Elena of Avalor’s voice cast reads like a who’s who of our faves: in the core cast alone you can find Jorge Diaz (from East Los High, Paranormal Activity: The Marked Ones and Love, Concord) as Gabe, Elena’s friend and rising star of the Royal Guard of Avalor, and Ugly Betty’s Ana Ortiz as Rafa, the mother of another of Elena’s friends.

And that’s to say nothing of its guest stars which include Lou Diamond Phillips (as a villain!), Constance Marie (as a Magister!), Hector Elizondo (as a wicked wizard!), and even Danny Trejo (as an Avalon hero!) The show will even play host to three Jane the Virgin stars with Jaime Camil voicing a restaurateur, Ivonne “Abuela” Coll giving life to an overly dramatic ghost, and Anthony Mendez — Jane’s narrator himself — lending his voice to King Juan Ramón, a monarch from the Argentine-inspired Kingdom of Cordoba. Color us excited!

Check them out on remezcla.com

Want to see the show before is premiere?  'Elena of Avalor' will screen Friday, June 24 at 5:00 p.m. at the 2016 NALIP Media Summit and will be followed by a conversation with the creators of the show! Get your pass.