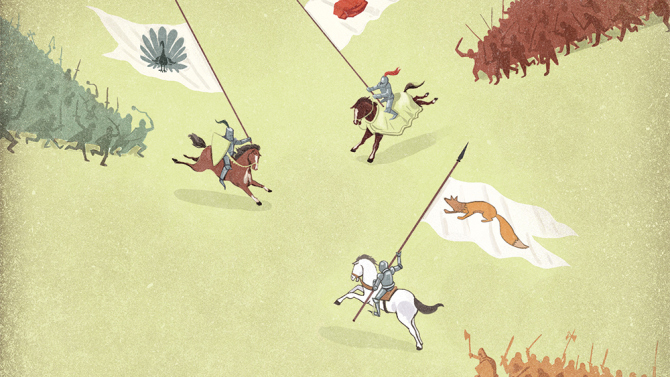 The parlor-room drama surrounding the fates of Viacom and CBS Corp. has only reinforced how thoroughly Sumner Redstone has exerted control over his media empire for decades.

And Rupert Murdoch’s succession plans at 21st Century Fox and News Corp. has all the intrigue of royal-court maneuvering among heirs to the throne held by an iron-willed king.

All those companies are publicly traded entities, but their respective boards and shareholders won’t call the shots when the time comes for big decisions such as succession. Redstone and Murdoch, like a number of their peers in media and entertainment, own so much voting stock in their companies that they can rule, and overrule, as they see fit, in many instances. So does Brian Roberts, chairman-CEO of Comcast, whose pending merger with Time Warner Cable has sparked the latest round of debate on the “how big is too big” question for media behemoths.

In fact, most of the major U.S. media congloms are among the small percentage of large publicly held U.S. firms that are tightly controlled by a single dominant shareholder. Cablevision, Liberty Media and Discovery Communications and others also operate with a dual-class stock structure that allows for some to hold preferred shares with expanded voting rights and benefits compared with the shares that are sold to the public. The Walt Disney Co. and Time Warner are the exceptions, with no single uber-shareholder able to sway decision-making.

Preferred shares tend to be held by company insiders and their family members, particularly founders such as Murdoch or architects such as Redstone, who orchestrated the acquisition of Viacom in 1987 and CBS in 2000 through his National Amusements holding company, a private entity. Such shares are typically issued at the time of incorporation or initial public offering, and in some cases cannot be purchased via public markets. (Fox and News Corp.’s Class B voting shares are publicly traded, and a company rep emphasizes that the boards of both companies, not shareholders, will make the decisions on CEO succession.)

With federal regulators still sizing up the pros and cons of Comcast’s $45.2 billion expansion bid, it’s worth noting that control of the company still rests with its founding family, the Roberts clan of Philadelphia. Brian has a firm grip on the conglom through ownership of preferred shares that account for 33.3% of voting rights — a stake that will not be diluted if the TW Cable acquisition is completed.

By all accounts, Roberts has done a masterful job of expanding the once-tiny cable company his father founded in 1963. Since he took the reins as president in 1990, Comcast has outperformed the S&P average by more than 1,100 percentage points. Still, those preferred voting shares mean the company’s common-stock shareholders would have a hard time forcing him out if they ever decided they didn’t like what he was doing.

As the Justice Dept. and the FCC prepare make-or-break decisions on the antitrust and public-interest ramifications of the TW Cable deal — which is now expected by mid-year after lengthy delays — consumer groups and some competitors are howling about the deal’s potential to turn Comcast into the “gatekeeper” for content delivered via the Internet, by expanding the firm’s broadband footprint. There’s been less focus on the fact that an enlarged Comcast would still be effectively controlled by one family, as it has since the company went public in 1972 with a dual-class structure.

The Roberts clan had an even tighter hold on the company prior to its 2002 acquisition of AT&T’s cable systems — the $48 billion deal that made Comcast the nation’s largest cable operator. As a condition of that acquisition, Roberts agreed to reduce his preferred shares down from 87% of all voting rights.

Roberts and Comcast’s management team have long received high marks for accountability and for engaging with investors. But the prospective scope of the company’s reach into America’s living rooms, with a service that has become a household utility, has stirred enough vociferous opposition to raise doubts about the feds approving the transaction.

“I think the only thing we can say for certain is that the result of (the TW Cable merger) will not be more competition,” said Robert McChesney, a professor of communications at the U. of Illinois at Urbana-Champaign, who has written extensively about media consolidation. “What we’ve learned from the Internet in the past decade is that it’s not a force for competition. It’s a force for disruption, but it’s creating more companies with virtual monopolies.”

The use of the dual-class stock structure in public companies has long been a polarizing issue among investors, economists and corporate governance watchdogs. Some argue that the principle of “one share, one vote” should be the rule for all public companies. Opponents of the dual-class stock system say it allows dominant shareholders and their chosen managers to become insulated from accountability.

“When you separate a company’s economic interests from its voting interests, you create all kinds of potential problems. It basically emasculates the board,” said Charles Elson, professor of finance at the U. of Delaware. “The counterargument is that people knew about the structure when they bought the stock. But the problem is that when these companies fall on hard times, it’s the public shareholders who have to help clean up the mess.”

Proponents of dual-class systems counter that allowing different levels of voting can shield business leaders from the pressure to deliver quarterly earnings and rising share prices at the expense of risk-taking, R&D spending and strategic investments.

Murdoch is the poster-CEO for this argument. His visionary moves in the 1980s and ’90s might well have been thwarted at times by pushback from risk-averse shareholders.

“(Control) allows you to take bold bets in the way that Rupert was able to go out and try to buy Time Warner (last year),” Greenfield said. “You look at the Roberts’ family control allowing Comcast to do the NBCUniversal deal no matter whether investors at the time thought it made sense. On the flip side, you have situations like Viacom where you wonder if it could have been sold several years ago when the assets were in their prime vs. now when they are struggling.”

The insulating power of preferred voting shares was evidenced in 2011, when what was then News Corp. faced a backlash from shareholders because of the phone-hacking scandal that enveloped the company’s British newspapers. James Murdoch was in the line of fire as the head of the U.K. and Euro businesses at the time. At the company’s October 2011 annual meeting, James and his older brother, Lachlan, would not have received enough support to remain on the board of directors were it not for their father’s voting power.

Last year, a majority of Cablevision’s public shareholders voted at the company’s annual meeting in favor of a resolution to convert the company to a single-class stock structure. But the shareholder proposal was easily defeated through the votes wielded by chairman Charles Dolan and his son, CEO James Dolan. The Dolan family controls 72% of the voting power in the company, founded by Charles.

Eli Noam, professor of finance and economics at Columbia U. and author of “Who Owns the World’s Media?” says that consolidation of power can be a positive for a business intially. “In the early stages of a company, you have a dynamic and visionary leader, which is good to have when shaping (its) culture,” he says. “If investors trust the leader, they’ll go along with the idea of ‘You’ll get the dividends and let me run the ship.’ ” But it can be awkward if the next-generation CEO messes up. “They’re very hard to fire, and presumably, it creates less ability for those who are inside the company to disagree with management.”

The spike in dual-class stock organizations in the IPOs of technology companies over the past few years has renewed debate over the practice. Investors, particularly large institutional funds, often frown on their use.

In 2012, leaders of CalPERS, the nation’s largest pension fund, talked up plans to boycott any IPO with a dual-class structure. The Washington, D.C.-based Council of Institutional Investors has stepped up its lobbying of the NYSE and Nasdaq to shun listings for dual-class companies. But observers note that a dual-class offering has rarely been a deal-breaker as long as the company comes to the market with sizzle.

Bloomberg News in 2012 dubbed the tech-sector trend “the Zuckerberg grip.” Facebook founder and CEO Mark Zuckerberg ensured that he would retain unfettered control of the company after its IPO by giving himself preferred shares that command 10 votes to every one vote afforded to common stockholders. Groupon, Zynga, Zillow and LinkedIn have fielded IPOs with dual-class structures in recent years. Twitter stuck with a single-class setup with its 2013 public offering, but the company reserved the right to issue preferential shares down the road.

Even more than Silicon Valley firms, media titans favor the dual-class structure. Media congloms accounted for 16 of 114 such firms in a 2002-2012 survey of companies in the S&P 1500 index conducted by the Investor Responsibility Research Center Institute. In the S&P 100 index of the nation’s largest public firms, however, only 9% of companies across all sectors were dual-class, according to a 2004-2014 survey by the Silicon Valley law firm Fenwick & West.

Conventional wisdom among economists is that companies with dual-class stock generally trade at a lower price than single-class companies, as investors exact a discount in exchange for limited voting rights. The Investor Responsibility study found that in the media sector, CEOs of dual-class firms are paid more, and boards are more populated with insiders.

There are, of course, fiduciary responsibilities and legal guidelines in force even for preferred shareholders. Enhanced voting power doesn’t mean owners have the right to loot company coffers or disavow the will of the board of directors.

The uncertainty surrounding the future for Viacom and CBS Corp. after the death of Redstone, who will be 92 in May, underscores how control can be maintained through family trusts for generations.

Redstone’s holdings will be managed by the five-member board of a trust designed to benefit his grandchildren. There are plenty of questions about what decisions that board will make regarding the best way to manage assets. Companies with broadly dispersed ownership would face pressure from investors to spell out in greater detail a long-term management plan.

Murdoch’s empire has clearly been more shareholder-friendly since the hacking scandal, taking steps to strengthen its corporate governance and returning cash to shareholders. And after weathering that storm, James Murdoch’s stature is rising again (and he and Lachlan have easily won re-election to board posts by common shareholders for the past three years). “He’s increasingly been more visible, and built a level of respect with investors over the past few years,” Greenfield said of the younger Murdoch, who is seen as the heir apparent.

Investors may grouse about unequal voting rights, but industry observers don’t see anything changing for dual-class stock media congloms. And public shareholders can always vote with their feet.

“Everybody who invests in Fox should know that Rupert’s children will eventually run the company,” Greenfield said. “If you don’t like that idea, you shouldn’t buy the stock.”