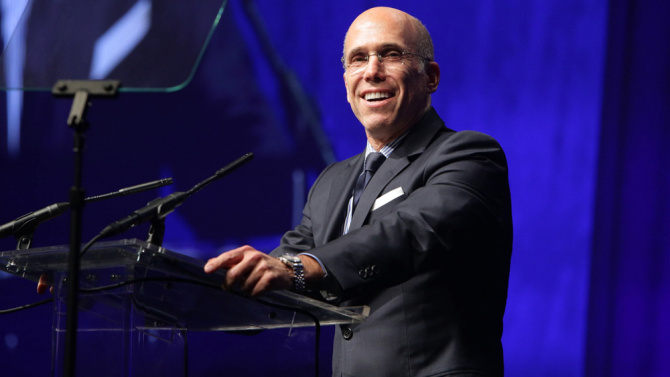 Comcast is in talks to acquire DreamWorks Animation a deal worth more than $3 billion, sources confirm.

DWA has been on the block for more than three years, drawing overtures but no suitors that went all the way to a deal. Comcast could be a good fit for the indie animation studio that has a deep well of content, from its library of film and TV production to classic toon characters to the millennial-friendly content engine in Brian Robbins’ AwesomenessTV digital hub.

Comcast could make use of DreamWorks’ IP-rich vault in its theme parks as well as to feed its global film and TV pipelines. It’s understood that the deal on the table envisions bringing DWA into the Universal Pictures fold.

Sources cautioned that the negotiations are still in the early stage and that a deal may not come to fruition. A source familiar with the situation said Comcast and NBCUniversal CEO Steve Burke are determined not to overpay for the company, but they also see strong potential in exploiting DWA’s various assets through multiple divisions. As of Tuesday, DWA had a market cap of $2.35 billion, with shares closing at $27.12.

A spokesman for DreamWorks Animation declined to comment. Reps for Philadelphia-based Comcast could not be reached for comment late Tuesday. Comcast’s pursuit of DWA will surely be a topic of questioning on Wednesday morning after the cable giant reports its first-quarter earnings.

DWA CEO Jeffrey Katzenberg was skedded to be the keynote speaker at the APOS media conference in Bali, Indonesia that kicked off Tuesday. But earlier Tuesday organizers got word that he had cancelled his trip abruptly after already arriving at the airport, citing “personal matters.” The conference chairman wondered aloud onstage whether the lucrative potential deal could also be a factor.

The company Hasbro had been in talks to acquire the company in a deal worth at least $2.3 billion, but the deal fell apart in November 2014. Japanese conglom Softbank also kicked the animation company’s tires in 2014 but talks cooled.

Pressure from Disney, which accounts for about 30% of Hasbro’s business, helped derail the deal with the “Transformers” toymaker.

The Comcast marriage would put DWA, makers of “Shrek,” “Kung Fu Panda,” and “How to Train Your Dragon,” together with Universal and its Illumination animation subsidiary headed by Chris Meledandri, producer of “Despicable Me” and the upcoming “The Secret Life of Pets.”

DWA’s fortunes have been defined in the public eye by the fate of its film releases, but the company has significantly bolstered its operations by expanding into TV series production. Its 2013 purchase of AwesomenessTV has yielded a steady stream of digital content, TV series and now film projects.

DWA set a wide-ranging global content licensing pact in January with Netflix. At present the studio has seven active series on Netflix, which has a strong demand for animated fare to feed its children’s section. Two more high-profile entries are expected by the end of this year: “Trollhunters,” helmed by Guillermo del Toro, and a reboot of the classic cartoon “Voltron.”

The Netflix deal ensures DWA a steady stream of cash flow that is far less susceptible to the pendulum swings of box office returns. DWA previously produced series for Nickelodeon derived from its “Kung Fu Panda” and “Penguins of Madagascar” film franchises — properties that have an evergreen library value for NBCUniversal and its many channels around the world.

“It is our most profitable asset,” Katzenberg recently said of the three-year old TV division which has generated considerable profits.

DWA also controls vintage animation properties  including Casper the Friendly Ghost, Rocky and Bullwinkle and Mr. Peabody and Sherman. The studio acquired those titles through its 2012 purchase of Classic Media.

AwesomenessTV has taken DWA into the teen live-action content arena. Hulu earlier this month acquired the company’s “Freakish” horror series. Awesomeness Films is revving up a big slate of day-and-date theatrical and VOD releases following its first efforts that included “Snervous,” a documentary from YouTube and social-media star Tyler Oakley, and “Janoskians: Untold and Untrue,” a mockumentary and concert special from the Australian comedy group.

DreamWorks Animation, through its distribution pact with Fox that runs through 2017, will release its next film, “Trolls,” in November. For 2017, it has “Boss Baby,” “Captain Underpants” and “The Croods 2” on the schedule, with “How to Train Your Dragon 3” and “Larrikins” in 2018.

DreamWorks’ film studio is still recovering from the downward drag of a series of failed films that began in 2012. DWA took an $87 million loss on “Rise of the Guardians,” a $13.5 million hit on “Turbo” and a $57 million writedown on “Mr. Peabody & Sherman.” “The Penguins of Madagascar” also underperformed.

The failures forced 500 layoffs in early 2015 and the closure of DWA’s Northern California studio. The company also sold and leased back its Glendale headquarters and shuffled its top film executives – parting with creative chief Bill Damaschke and promoting Bonnie Arnold and Mireille Soria to the co-presidency of the studio’s feature division.

“The last eight months have been the worst in the company’s 20-year history,” Katzenberg told Wall Street analysts in February 2015.

A slight uptick came with “Home,” in 2015, which grossed $386 million globally and a bigger boost this January with the release of “Kung Fu Panda 3,” which took in more than $504 million, though still falling short of blockbuster status. Next up, in November, is “Trolls” – which the company hopes will create a merchandising bonanza with sales of the rubbery, shock-haired dolls.

News of Comcast’s interest in DWA was first reported by the Wall Street Journal.