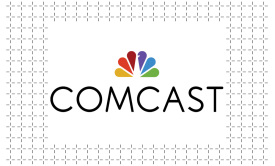 In a letter to Comcast CEO Brian Roberts and Time Warner Cable CEO Rob Marcus, House lawmakers asked that the companies’ proposed merger make a commitment to carry channels aimed at the Hispanic market, as the new company will reach over 90% of Latino households.

When Comcast took a majority share in NBCUniversal in 2011, the company made a similar pledge to lawmakers, adding 10 new channels by 2019; one of the more recent network launches being El Rey last December as well as Baby Americas.

House lawmakers, led by Tony Cardenas (D-Calif.) want to ensure that Latino independent program providers do not operate in an uneven market field, where they have historically struggled to get access to channels, in the face of larger competition.

According to Variety, Comcast executive VP David L. Cohen defended the cable company’s Latino lineup, specifically that they distribute 60-plus networks in Spanish and English, not to mention most of them have Latino ownership and management.

The one caution that Cohen made to lawmakers, was that their request for independent Hispanic programming, “Should not be confused by parochial business interests seeking more money and distribution for themselves.”

Check this out on Deadline | Hollywood.