Eligible filmmakers ages 18 and up who reside in the U.S. can submit short films ranging from from two to 20 minutes in length from now through March 8. Projects can be submitted to https://filmfreeway.com/cinesonyvocesnuevas

“Last year, Voces Nuevas had over 300 filmmakers submit everything from comedies to thrillers to dramas, confirming our belief that there is so much deserving talent out there,” said Jeff Meier, SVP and General Manager, U.S. Networks, at Sony Pictures Television. “We are excited to join forces with NALIP and once again provide a platform to show audiences the talent and creativity of emerging filmmakers.” 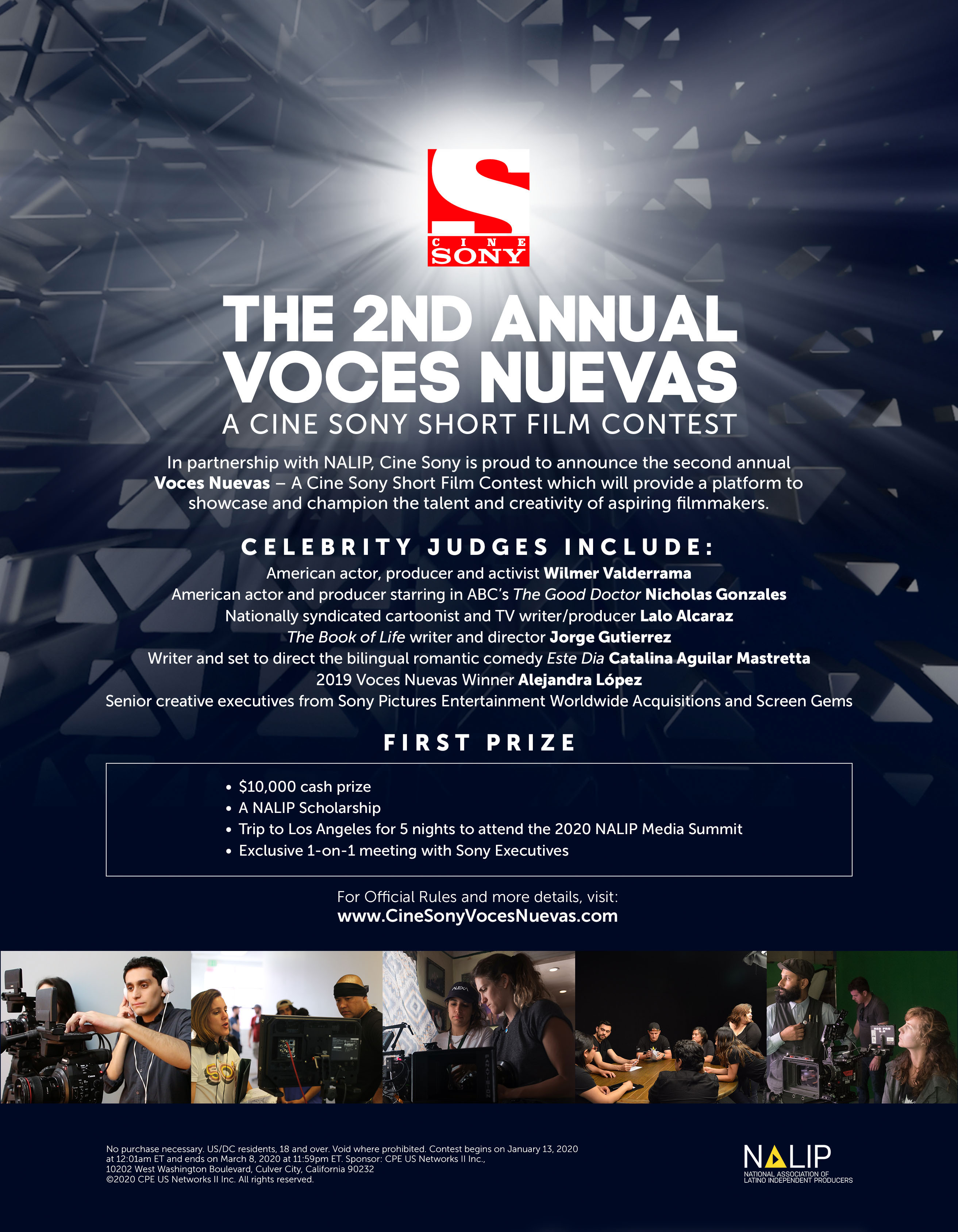 Voces Nuevas aims to discover and celebrate emerging film talent while providing a new resource for content development. Entrants will compete for the chance to win $10,000 plus airfare and accommodations for up to five nights in Los Angeles for the opportunity to meet with Sony Pictures Television executives and have their short films air on Cine Sony, the premier movie channel for the bicultural U.S. Latinx audience. The winner also will be awarded a scholarship to the 2020 NALIP Media Summit, and the winning film will screen at the Summit’s short film showcase as well as on the Sony Lot.

“NALIP is ecstatic to once again partner up with Cine Sony for the second annual Voces Nuevas short film competition, and we look forward to expanding the impact of this partnership to benefit the development of Latinx creatives,” said NALIP Executive Director, Ben Lopez. “We are confident that this joint effort to elevate Latinx narratives will bring us closer to a more inclusive industry.”