Chris Rock: Mexicans are in “A slave state in L.A.” 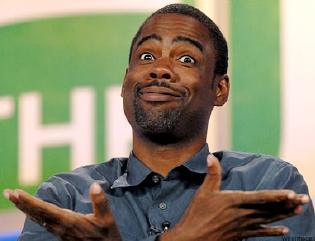 Chris Rock is at it again! The Top Five comic star talks more about race in his cover essay for The Hollywood Reporter. He specifically focuses on race in Hollywood and the struggles still faced by minority actors. Rock even touches on the slave state of Mexicans in La La Land.

“But forget whether Hollywood is black enough. A better question is: Is Hollywood Mexican enough? You're in L.A, you've got to try not to hire Mexicans. It's the most liberal town in the world, and there's a part of it that's kind of racist—not racist like ‘F— you, n----r’ racist, but just an acceptance that there's a slave state in L.A. There's this acceptance that Mexicans are going to take care of white people in L.A. that doesn't exist anywhere else. I remember I was renting a house in Beverly Park while doing some movie, and you just see all of the Mexican people at 8 o'clock in the morning in a line driving into Beverly Park like it's General Motors. It's this weird town.

You're telling me no Mexicans are qualified to do anything at a studio? Really? Nothing but mop up? What are the odds that that's true? The odds are, because people are people, that there's probably a Mexican David Geffen mopping up for somebody's company right now. The odds are that there's probably a Mexican who's that smart who's never going to be given a shot. And it's not about being given a shot to green light a movie because nobody is going to give you that—you've got to take that.

The shot is that a Mexican guy or a black guy is qualified to go and give his opinion about how loud the boings are in Dodgeball or whether it's the right shit sound you hear when Jeff Daniels is on the toilet in Dumb and Dumber. It's like, ‘We only let white people do that.’ This is a system where only white people can chime in on that. There would be a little naiveté to sitting around and going, ‘Oh, no black person has ever green lighted a movie,’ but those other jobs? You're kidding me, right? They don't even require education. When you're on the lower levels, they're just about taste, nothing else. And you don't have to go to Harvard to have taste.”

What do you think of Rock’s comments? Let us know below!

Check this out at Latina.com