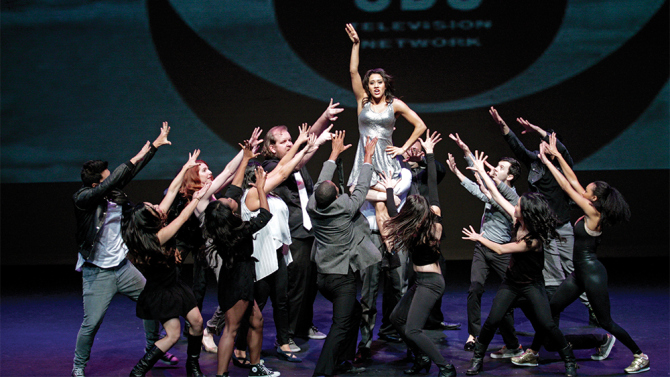 If laughter is the best medicine, then for an industry still ailing from a lack of diversity onscreen, the CBS Diversity Comedy Showcase might be the perfect R/x.

Now in its 10th year, the showcase is designed to introduce industry folks, especially casting agents and directors, to the talents of women and minority actors looking to break into the world of network comedy. While other nets put on similar comedy events, the CBS effort is unique in its sketch format. Alumni of the showcase have gone on to gigs on such shows as “Saturday Night Live” (Kate McKinnon), “The Daily Show” and “Heroes” (Masi Oka).

Tiffany Smith-Anoa’i, vice president of diversity and communications at CBS, has worked closely with casting co-topper Fern Orenstein, who produces the annual showcase, since the event’s inception. Smith-Anoa’i’s goal is to help these actors find jobs on popular shows.

“We’re broadcasters — I want to be as broad as possible. I’m encouraged by what I have seen so far in the industry, but I am relentless in reaching this goal.”
That goal looks more attainable with each passing year, according to Smith-Anoa’i. After rehearsing for weeks with director Rick Najera (a writer on “In Living Color” and “MADtv”), the 21 actors involved will perform sketches this weekend (penned by minority writers) that satirize racism and sexism — and demonstrate their proficiency in comedy, and even song and dance.

Smith-Anoa’i hopes that those who attend the showcase will be encouraged by the casting possibilities it presents. “Before you see someone’s diverseness, no matter what makes them diverse, remember that they’re acting. They can do any role. It’s a little more palpable when you can talk about it and laugh.”

The showcase will be performed four times on Jan. 20-22 at the El Portal Theater in North Hollywood.