Casting Global Talent: Who do Latinx audiences want to see? 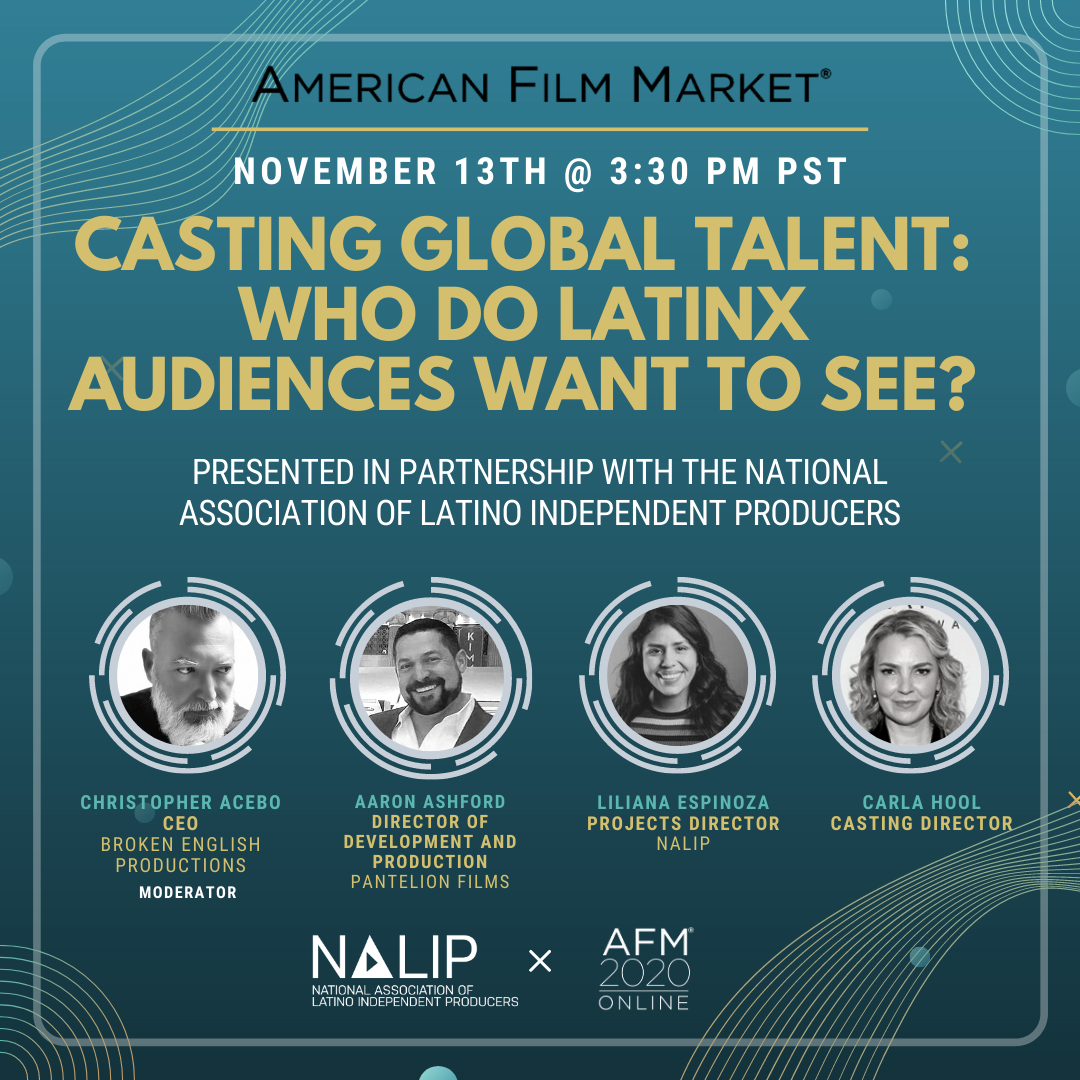 The American Film Market is the most efficient film acquisition, development and networking event in the world. Unlike a festival, AFM is a marketplace where production and distribution deals are closed. More than US$1 billion in deals are sealed every year — on both completed films and those in every stage of development and production.

Learn More about AFM and how to register by visiting their website!