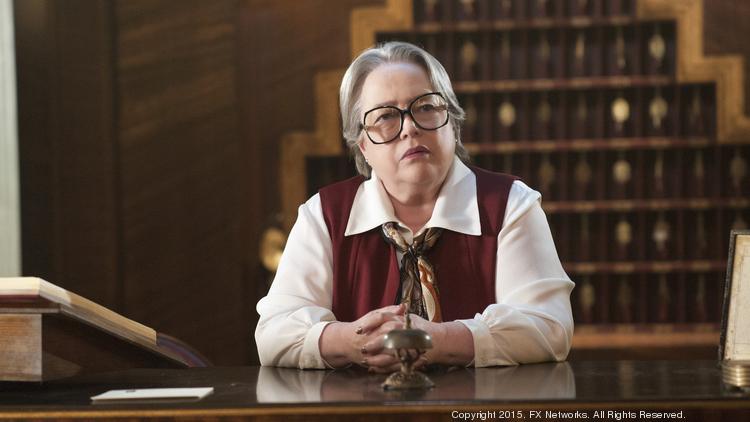 "American Horror Story: Hotel" was one of four television shows that California's… more

The local film and television industry won a hard-fought battle when Gov. Jerry Brown approved legislation to more than triple California’s film tax credit in August 2014. The expanded incentives program went into effect in July and has already started to pay dividends.

The new legislation increased the program’s budget from $100 million annually to $330 million and opened up the state's film incentives to big-budget movies and network TV dramas as well as indie films and cable shows. Movies and TV shows can get 15 percent or more of their budget reimbursed, with 5 percent bonuses if they relocate from another state; shoot outside the L.A. area; or hire musicians or visual effects workers in-state.

In addition, the new program divvies up its total budget among different types of productions so they're not all competing against each other. Under the new system, 40 percent of the funding goes toward new TV dramas, movies, miniseries and ongoing series; 35 percent to feature films; 20 percent to TV shows relocating from out-of-state; and 5 percent to indie films.

Under the old program, the $100 million annual budget was distributed by a lottery system. The new one employs a "jobs ratio" that takes into account how many jobs a production will create as well as how much those jobs will pay.

The expanded incentives lured four TV shows— including FX’s “American Horror Story” and HBO’s “Veep” — from other states to California and will provide funding to seven new TV projects this year.

The first TV shows to receive tax credits under the expanded incentives program went into production over the summer, and the effect on the local economy was immediate, with on-location production of scripted series surging 54.5 percent in the third quarter. Incentive-backed projects comprised 20.8 percent for dramas, 8.6 percent for sitcoms, and 33.6 percent for pilots.

The film tax credit drew 254 applications, with the California Film Commission awarding benefits to 11 movies: eight studio projects — including a sequel to “The Conjuring” and Dax Shepard’s untitled “CHiPS” comedy — and three indies.

All of this is good news for industry workers whose jobs have migrated over the past several years to other states such as New York, Georgia and Louisiana. Even if they are willing and able to move across the country, an L.A. Biz analysis found that they’re better off staying in L.A. where they make more money and their dollars go further.

Check this out at bizjournnals.com