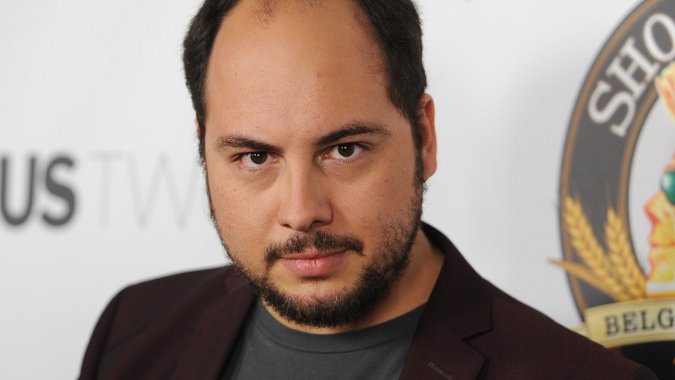 Lopez first teamed up with the horror auteur for 2010's bilingual disaster flick Aftershock, starring Roth and directed by Lopez from a screenplay the two men wrote with Uruguayan filmmaker Guillermo Amoedo, another Lopez partner. The movie got Lopez attention at Toronto (where Dimension acquired it), and is part of his and Roth's "Chilewood" project, a mission to nurture small-budget Chile-based genre films that could play in the U.S. and beyond.

The pair came together again for 2013's cannibal tale The Green Inferno (with Roth taking the director's chair and Lopez moving into a producer role) and January's Knock Knock, in which Keanu Reeves is seduced and then terrorized by two young women he lets into his house. Lopez served as producer and co-writer on the Roth-helmed thriller, which sold to Lionsgate at Sundance.

Lopez is now preparing to direct his first English-language comedy, the indieI'm Not Crazy, which he wrote with Amoedo. He is also executive producing the sequel to last year's Chilean cop comedy Fuerzas Especiales, which he co-wrote and executive produced through his Sobras International Pictures.

The banner originated as Sobras.com, an entertainment blog founded by a precocious 15-year-old Lopez. (His media career actually began three years earlier, as a 12-year-old columnist for Chilean newspaper El Mercurio.) When Lopez was 19, his first feature, the fantasy romantic comedy Promedio rojo, played in festivals including SXSW, Los Angeles, Tokyo, Sitges (in Spain) and Chile's own Vina del Mar, where it won a special jury award.

Lopez is also repped by Circle of Confusion.