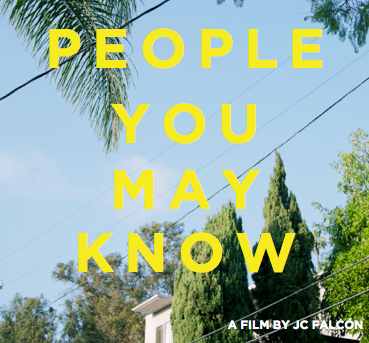 NALIPsters Guillermo Escalona and Pau Brunet from LA Panda  pitched their project People You May Know at the 2015 NALIP Latino Media Market  to prestigious studio executives, distributors, dealmakers, and agents. We are happy to announce that just got picked up for US distribution with Breaking Glass.

Intense and beautifully shot, the film is helmed by the very talented director JC Falcon  and produced by Guillermo Escalona with Pau Brunet and David Krohnert as Executive Producers.

People You May Know stars Sean Maher (Serenity), Andrea Grano, (BFFs), Mark Cirillo (The Seminarian), Curt Hansen (Next to Normal) and Spanish TV actor Nacho San Jose as a group of gay and straight close friends in their 40's.

Guillermo Escalona is also involved in the NALIP Latino Lens 2016 project Swimming in the Desert by Alvaro Ron and Pau Brunet will be a speaker at the NALIP Media Summit 2016.