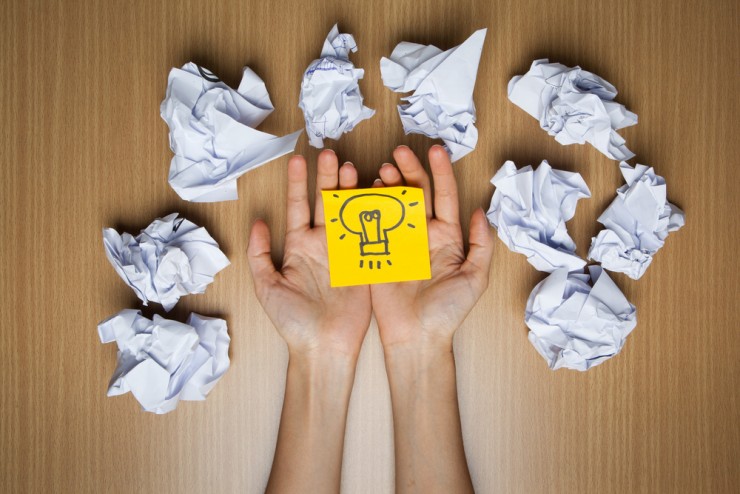 Are you a writer who finds themselves staring at a blank page for hours on end? We're here to help.

While some people believe writer's block isn't a real thing ("Have you ever heard of plumber's block?"), it has been subject of a great deal of writing and filmmaking. Kind of ironic, no?

What to do? We recently found the site Pantomime Pony, a treasure trove of resources for writers (stuck or not). There's a Plot Twist Generator, as well as one for Ideas, First Lines, and Characters.

I tried it out and got everything from the mundane—"An investigative reporter has 24 hours to find the evidence"— to the cryptic—"A disinterested train driver and a thief get together to solve a mystery."

Another great resource is Stone Savage's massive Seventh Sanctum, with everything from the so-called What-If-inator to a Writing Challenges page: "The story takes place a century into the future. During the story, someone turns another person in." Or: "A character opens a chest. A character is hungry throughout most of the story. During the story, a character becomes pregnant."

Screenwriters will find particular delight in the Action Film generator, which produces gems in the style of "in-a-world" trailers, e.g.: "In a crime-ridden kingdom, in a time of ghosts, two smugglers try to find the truth."

According to famed artist Chuck Close, “The advice I like to give young artists…is not to wait around for inspiration. Inspiration is for amateurs; the rest of us just show up and get to work. If you wait around for the clouds to part and a bolt of lightning to strike you in the brain, you are not going to make an awful lot of work. All the best ideas come out of the process; they come out of the work itself.”

If that's not enough, this list of Ted Talks for writers is great; here, Tracy Chevalier, author of the novelGirl with a Pearl Earring (adapted into the film of the same name) discusses how creative works spawn more creative works, including her own:

Always remember that, in the end, creative work is play. An advanced form of play, maybe, but play nonetheless. There's no reason it can't be fun.

So, shake off the dust, take a walk (lots of writers are inveterate walkers, by the way), and remove yourself from your comfort zone; you might be happy with what you find there. If not, at least you'll have a new perspective. Sometimes that's all you need.