Beyond The Headlines: Delayed Not Diminished 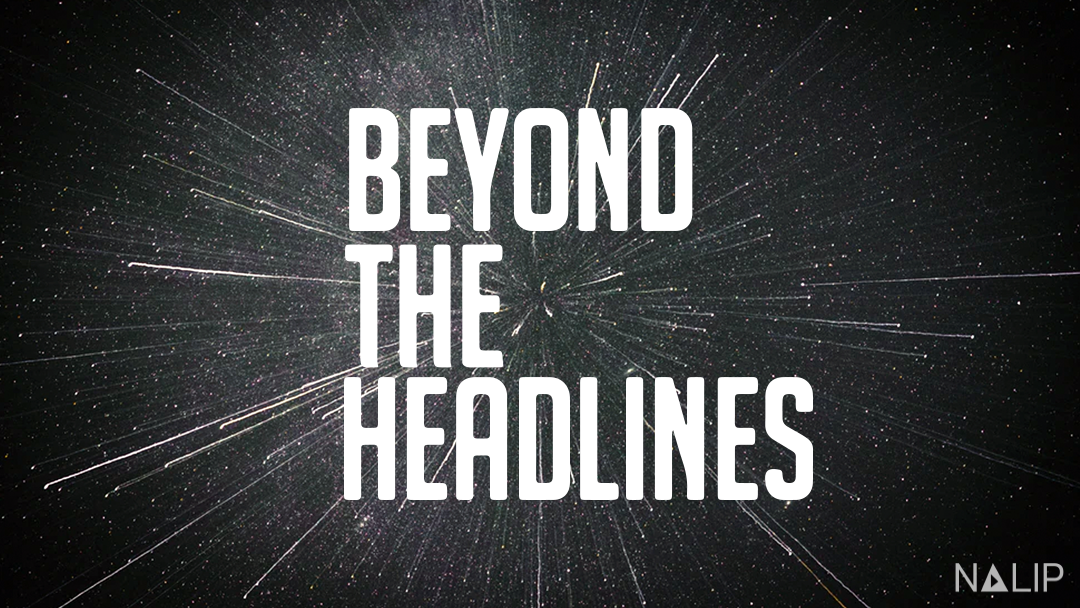 Delayed Not Diminished: Latinx Filmmakers Grapple with the Impact of the SXSW Cancellation 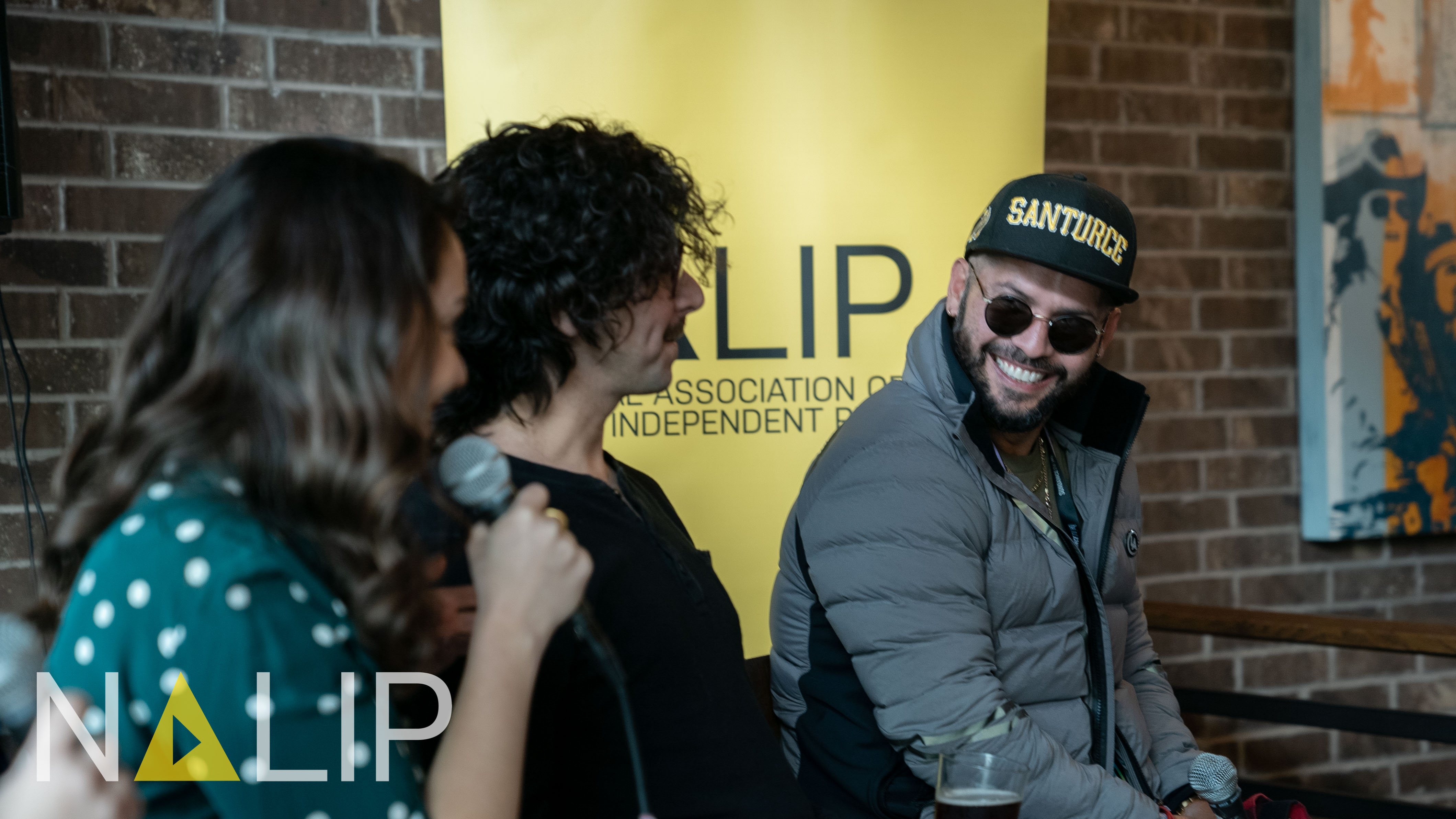 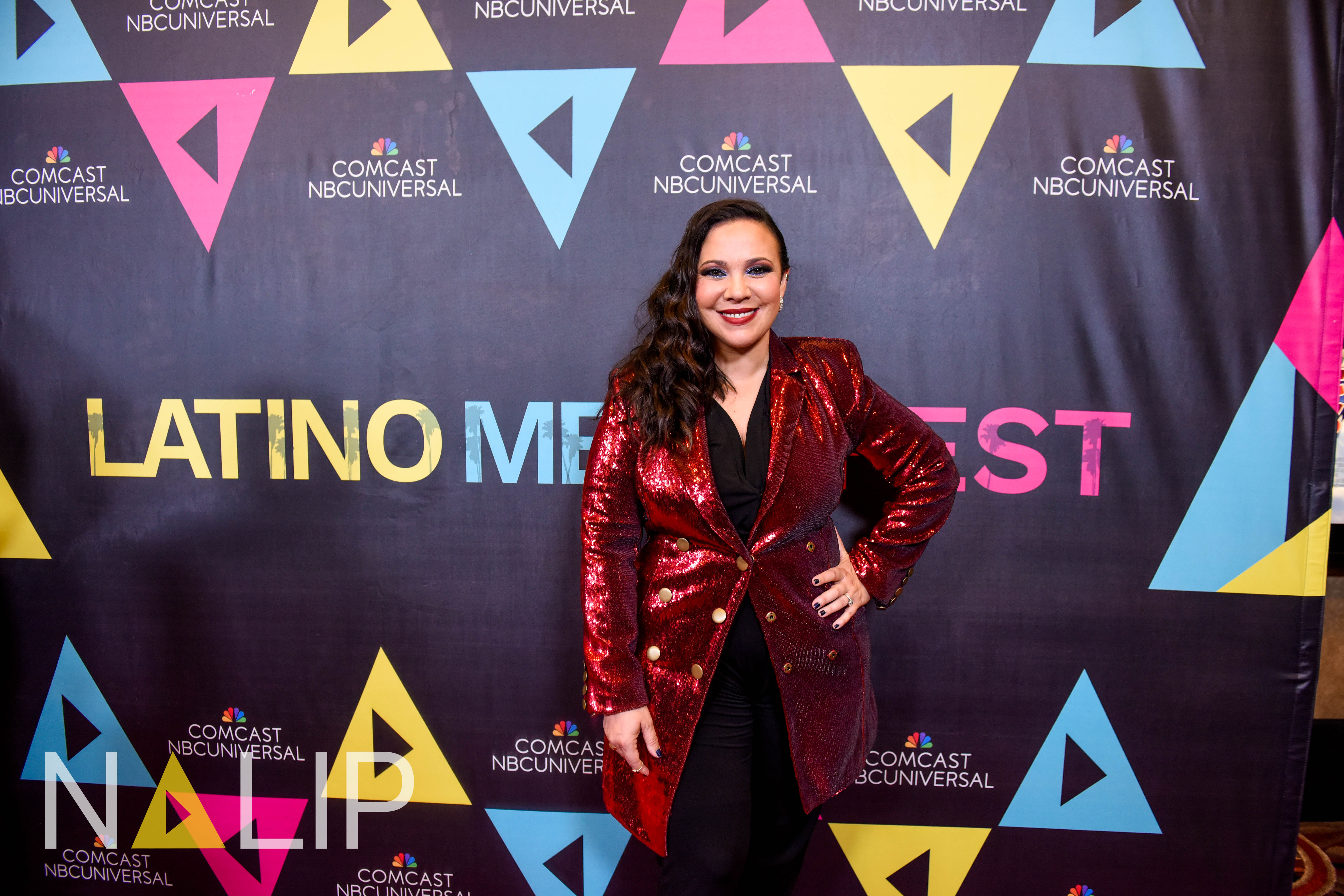 Since the industry concentrates its efforts on only a handful of cinematic gatherings as validated launching pads, one of them not happening means a catastrophic loss of opportunities.

Kris Merc, a seasoned Nuyorican music video director who had two projects at SXSW, considers himself privileged because his works, “Hannibal Buress: Miami Nights” and the Black Pumas music video “Colors,” had already built a trajectory that ensures they’ll be seen by a wider audience outside of the festival circuit.

Still, the goal was to take advantage of the momentum his career is experiencing and make history with “Hannibal Buress” as the first comedy special ever screened at a prominent film festival.

SXSW represented a crucial platform for Merc early on in his journey, thus he wanted to share it with Carmelo Varela, his young Puerto Rican director of photography on “Colors,” who was eager to attend his first professional film event. Uplifting emerging Latinx talent has been a priority for Merc across all his projects, allowing for them to engage with other successful and aspiring voices is part of the process of breaking through.

“I've been working with him in the hopes of building up more Latinx DP's and talents in crews and across the spectrum,” said Merc. “I wanted so badly for Carmelo to get a chance to meet other filmmakers and connect in a deep way with the community so that he could grow as a filmmaker the way I grew. That hurts a lot.” 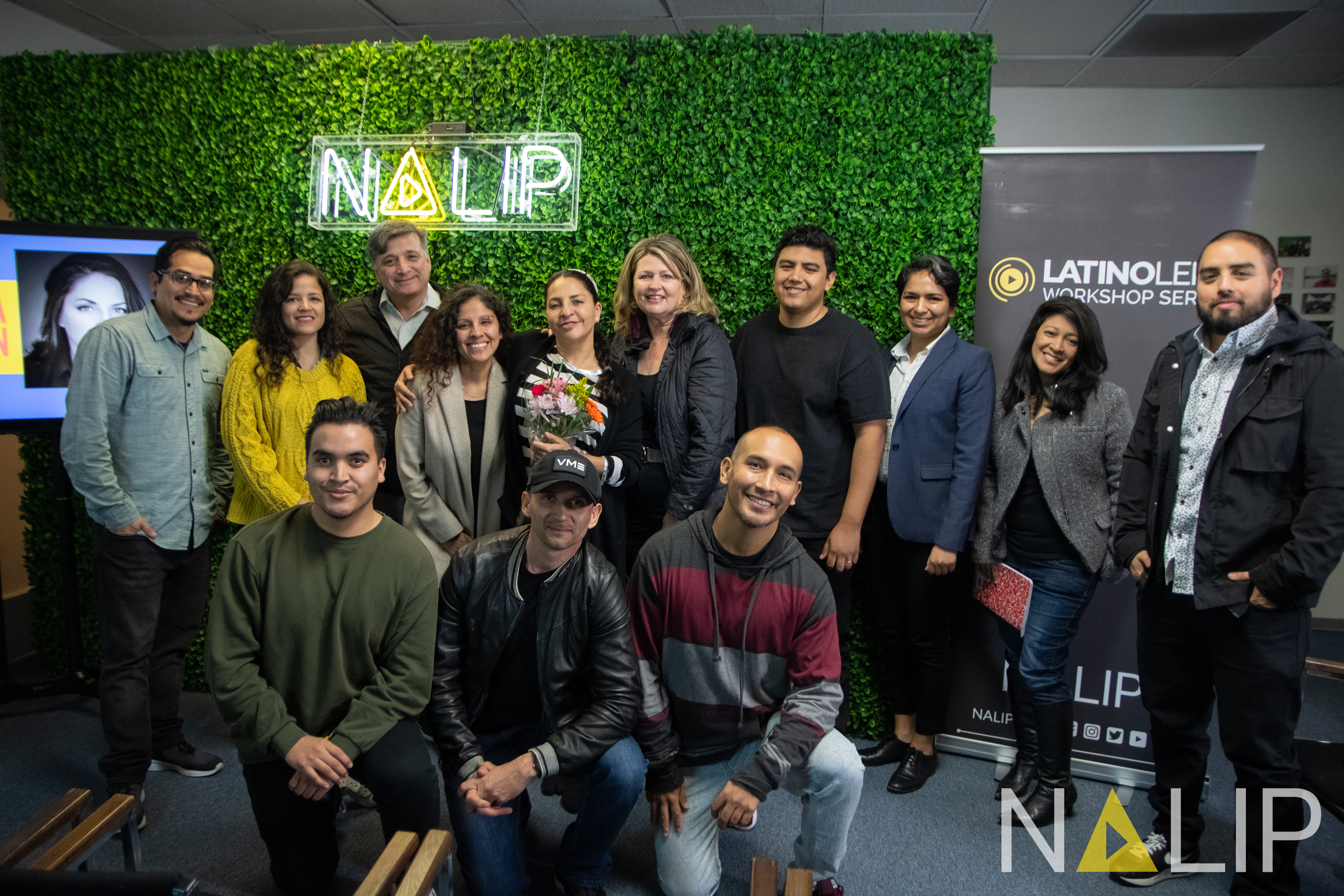 Undoubtedly, reduced access to opportunities results in even harsher ramifications for people from underrepresented communities in an industry that’s still grappling with inclusion.

“Creators of color in large and in general need support all the time. We're always working from a disadvantaged point resource wise, and in terms of visibility we just have less of it. So anytime a platform exist for us, it's important, and it effects us deeply when we lose those platforms,” said Merc.

Missing out on showing the hard-fought slot at SXSW, goes far beyond personal disappointed, as it’s an unexpected financial blow for artists already struggling to live off of their art. Delay sales translate into long stretches of time without significant income for some. “As the son of an immigrant, and coming from a lower class background, making a living doing artistic documentaries has never been a safe financial bet,” Alvarado pointed out.

“Given that I depend on the sale of my films to survive to the next film, this is certainly a reminder that living a life as an independent artist in an expensive city like NYC is a major tightrope walk. And when SXSW is forced to cancel, I know it will shake a lot of people off that tightrope. And as usual, those from lower socioeconomic backgrounds are going to hit the ground the hardest,” he added.

As for solutions, there’s no blanket plan that will fix the problem for all films impacted. Ideas have flown around the film community  (mostly via Twitter) in regards to how streaming giants could offer substantial sums for the content and release on their sites or even implement a remote festival to account for the spread of coronavirus. However, opinions are divided as to whether that would benefit or hurt the features, shows, and episodic selections in question.

For Alvarado, the idea of moving forward digitally seems a viable solution in the aftermath of such grave occurrence. “I love the idea of a major player like Apple or Amazon buying up a swath of SXSW films and having a stay at home film festival for people since everyone needs to stay home,” he said. Others would rather wait patiently for the world to normalize in order to grant their films a traditional premiere. Both takes are valid. 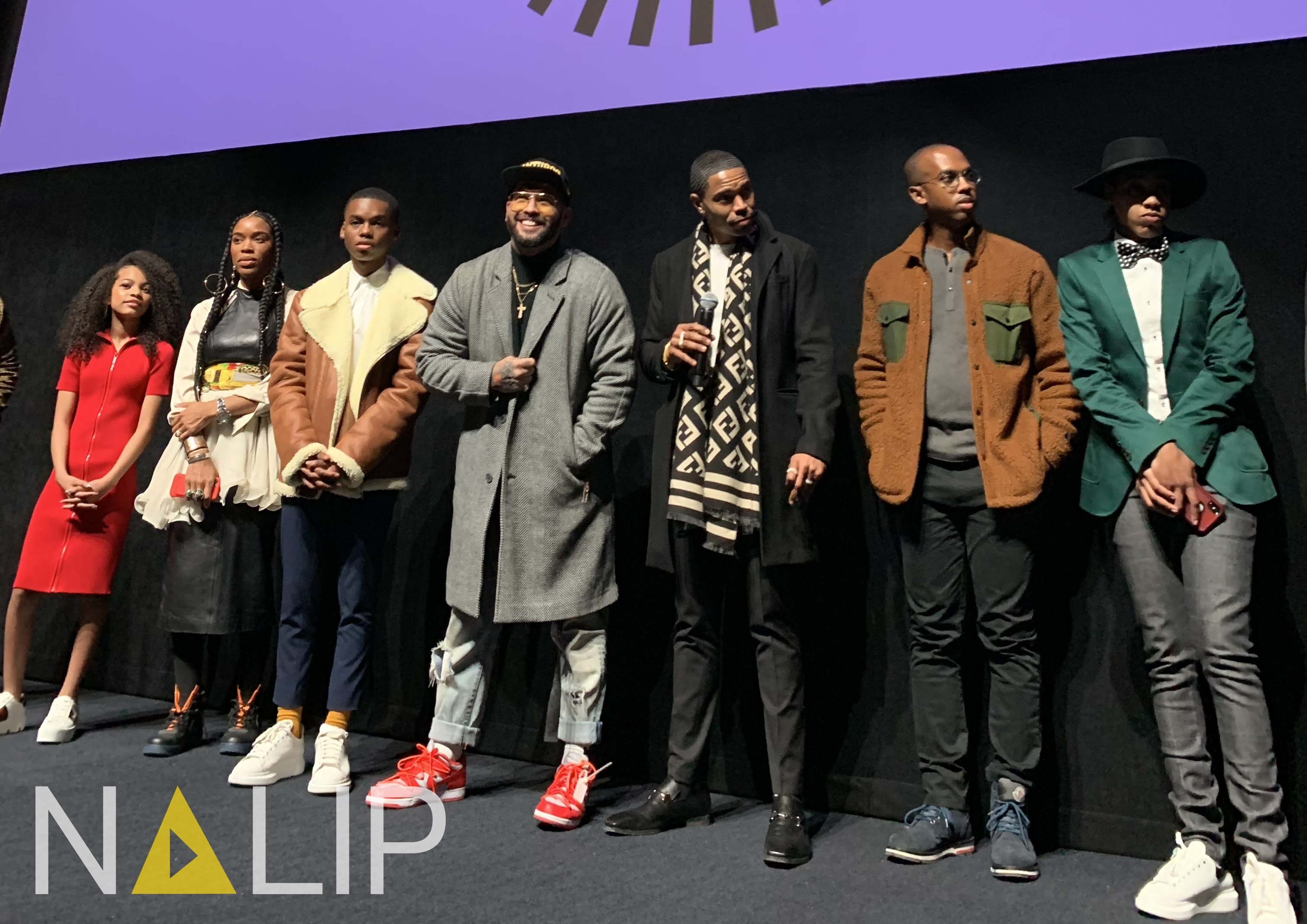 The team from Charm City Kings at Sundance 2020

“Seeing films live, in-person on the big screen with an audience is a very unique and special experience.  That’s why festivals have flourished - because we like to see movies together and celebrate the films with the filmmakers.  An online film festival would be an entirely different experience,” said Hugo Perez, co-director of the documentary feature “Once Upon a Time in Uganda.”

Merc agrees with Perez: “When you watch something on a laptop or home screen you are observing it but in a theater you are experiencing it. Without the audience and the venue, some of the magic of it all is lost.” Conscious that at the present time, with such rapidly changing developments, even private screenings may be out of the question, the one consensus is to play it by ear as conditions worsen or improve.

“Lots of film companies are already taking measures to halt or slow down certain things, and we should be considerate of the filmmakers impacted, and come back to all these films again once things get better,” said Merc. “We're realistically dealing with a global crisis, and as a community we need to support each other, and make sure these films have homes or are seen long term.”

Culminating a years-long labor of passion by presenting the final product to an audience is an ideal scenario for many filmmakers, and the obstruction of such moment, for whatever reason, must carry an absolutely devastating sting. But not all is bleak, because the quality of the work is intact. A longer journey than anticipated lies ahead, as some see this setback as yet another blow they must withstand to share their vision.

“We were hoping to capitalize on that synergy and that SXSW Austin energy.  But, we are now doing that person by person, email by email, phone call by phone call instead of everyone all at once,” said Perez optimistically.  “It’s not like our film’s prospects have been diminished – they have just been delayed.”

As an organization that works to create spaces for creatives and industry professionals of color, NALIP is actively seeking pathways for solutions. Are you a creative who was impacted by COVID-19? Let us know by reaching out to us at info@nalip.org. It's important, now more than ever, to share our stories, and we want to hear yours.