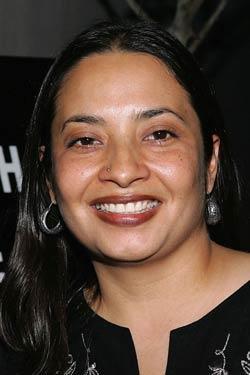 by Paula Berstein via Indiewire

IFP has announced its 2014 slate of 133 new films in development and works in progress selected for its Project Forum at Independent Film Week.

"This one-of-a-kind event brings the international film and media community to New York City to advance new projects by nurturing the work of both emerging and established independent artists and filmmakers," IFP explained in the press release.

"As we set to embark on our 36th Independent Film Week, we are impressed by the outstanding slate of both U.S. and international projects selected for this year’s Project Forum," said Joana Vicente, Executive Director of IFP. "We know that the industry will be as excited as we are with the accomplished storytellers and their diverse and boundary pushing films."

In recent years, Independent Film Week has helped to launch the first films of directors including Rama Burshtein ("Fill The Void"), Derek Cianfrance ("Blue Valentine"), Marshall Curry ("If A Tree Falls: A Story of the Earth LIberation Front"), Laura Poitras ("The Oath"), Denis Villeneuve ("Incendies") and Benh Zeitlin ("Beasts of the Southern Wild").

There are some changes to the program this year. For the first time this year, IFP is including web series in its programming, as well as spotlighting Latin & Central American artists and content with 15 projects featured across all programs in the Forum.

IFP and Durga Entertainment have partnered on a new $20,000 filmmaker grant for an alumnus of IFP. The grant is intended  for active, working filmmakers who are also balancing a filmmaking career with parenting. The grant provides a $20,000 unrestricted prize to encourage the recipient to continue on her or his career path of making quality independent films. American directors or screenwriters working in narrative film who have participated in the IFP Filmmaker Labs or IFP Independent Film Week"s Emerging Storytellers or No-Borders International Co-Production market are encouraged to apply by the deadline of August 8, 2014.

For the first time this year, IFP presents a dedicated spotlight within the RBC’s Emerging Storytellers program for creators developing episodic content for digital platforms. The inaugural slate for the Web Storytellers spotlight includes new works from filmmakers Desiree Akhavan ("Appropriate Behavior," HBO’s "Girls"), Calvin Reeder ("The Rambler"), and Gregory Bayne ("Person of Interest"), as well as producers Elisabeth Holm ("Obvious Child"), Susan Leber ("Down to the Bone"), and Amanda Warman ("The Outs," "Whatever This Is"). Two of the series participating are currently in post-production, and will be making their online debut in the coming months – Rachel Morgan’s "Middle Americans," starring Scott Thompson, Carlen Altman and Alex Rennie, and Daniel Zimbler and Elisabeth Gray’s "Understudies," starring Richard Kind and David Rasche.

In addition, there will be new work from debut documentary directors previously known for fiction films including the late Alex Sichel ("All over Me") with her personal doc "The Movie about Anna," Lisa Cortés (producer, "Precious") with "Mothership: The Untold Story of Women and Hip Hop," and Daniel Patrick Carbone ("Hide Your Smiling Faces") with "Phantom Cowboys."