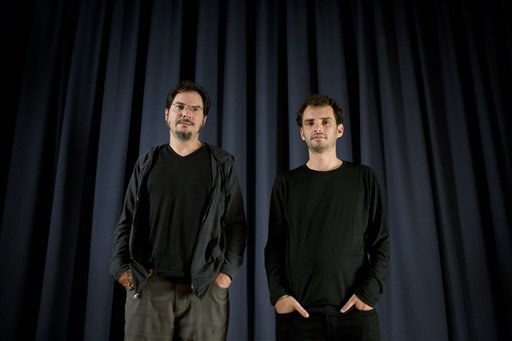 MEXICO CITY (AP) — Director Jonas Cuaron is following in the footsteps of his famous father with a new film "Desierto." Cuaron is the son of Alfonso Cuaron, the Mexican director who made the Oscar-winning 2013 film "Gravity."

"Desierto" — or "Desert" —stars Gael Garcia Bernal and is set to open Sunday at the Toronto International Film Festival.

Jonas has worked with his father on scripts before, and this time he paired up with Gabriel Garcia Marquez's grandson, Mateo Garcia, to write the script for Desierto.

Garcia Bernal plays the role of a migrant fleeing from a U.S. vigilante. "Since I started writing the script, I was always thinking of Gael," Jonas Cuaron said Wednesday.The movie was filmed largely in the Baja California desert. "The desert is one of the most important characters in this film," Cuaron said. The film's producers are Alfonso and Carlos Cuaron, Jonas' uncle.

Check this out at apnewsarchive.com