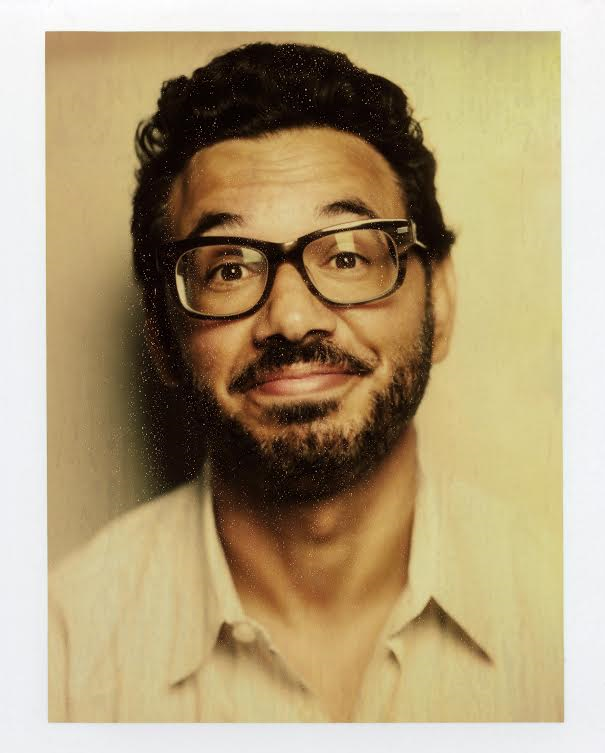 Los Angeles, Calif. (March 24, 2016) – Comedic powerhouse, producer, writer, actor, director and media entrepreneur Al Madrigal has been confirmed to present a signature conversation on June 25 during the 17th annual NALIP Media Summit. The annual Summit, focusing on the Latino and Latina (also known collectively as Latinx) media community and advancing the next generation of content creators, will take place at the Dolby Ballroom in Hollywood on June 23-26.

The largest annual gathering of Latinos in media nationwide, the NALIP Media Summit is presented by HBO and hosted by the National Association of Latino Independent Producers. With the continuing conversation on the lack of diversity in Hollywood, NALIP’s Latino Media Summit is focused this year on the inclusive theme #CreateWithUs.

For the last 17 years the annual NALIP Media Summit has attracted Latino content creators, industry executives and media from around the globe for four days of panels, workshops, screenings, showcases and invaluable networking opportunities. The Summit builds on the mission of NALIP, a nonprofit organization seeking to empower content creators and propel their projects and careers.

The NALIP Latino Media Awards, set for the evening of Saturday, June 25, will celebrate the best Latino media makers. Last year’s honorees included Raquel Welch, Dascha Polanco and Eugenio Derbez, among others. The Latino Media Market will run concurrently with the Summit on June 24-26, bringing together producers with studio execs, financiers, distributors and agents to advance projects to the next level.

A Conversation with Al, featuring Al Madrigal, promises to be an insightful, interactive and lively discussion, accompanied by an exciting announcement during the live event. Madrigal will also bring an entourage of comedic talent to take part in this much-needed dialogue, helping to lead a call-to-action for the discovery, incubation, engagement and fostering of comedic talent emerging from the community.

A stand-up comedian for over 18 years, Madrigal has found success as an actor, correspondent and podcaster. This summer he begins production on Showtime’s I’m Dying Up Here, starring as a series regular with Melissa Leo, and also serving as a consulting producer of the Jim Carrey- produced project. A regular correspondent on The Daily Show with Jon Stewart, and a frequent guest on The Tonight Show, Jimmy Kimmel Live, Conan and The Late, Late Show, in 2013 he starred in his first hour-long stand-up special, Why Is the Rabbit Crying, on Comedy Central. Last year he released his award-winning and critically acclaimed docu-comedy Half Like Me. As an actor, Madrigal has been seen on such film and television projects as About A Boy, Free Agents, Welcome to the Captain, Gary Unmarried, The Tax Men and as the lead in The Ortegas. He is also partnered with Bill Burr in the All Things Comedy network (ATC), a podcast and video network founded, owned and operated entirely by comedians.

“I am thrilled and honored to be part of NALIP Media Summit. Today’s media landscape is one fueled by an empowered Latino voice and an ever growing community of creators. We want to show exactly the type of talent we can bring to the table. We are not only urging the industry to come and create with us but we are encouraging a new generation of Latino artists, writers, comedians, producers and directors to come and bring their much needed talent and create with all of us together. Let’s be proactive and start taking steps to team up and create undeniable content. It’s about getting to work and making it happen.” said Al Madrigal.

“Al Madrigal’s prolific talents as a strong, positive and distinct Latino voice are amplified by his strong commitment to the community, using his own platform to create greater awareness and action,” stated Axel Caballero, executive director of NALIP. “We look forward to A Conversation with Al and his insights into the ongoing discussion of diversity in Hollywood, helping to further pave the way for the next generation of content creators.”

This is NALIP's first 2016 Media Summit announcement, stay tuned as there are more to come!

Want a Media Summit pass? Click HERE to purchase one with our Blind Sale rate!