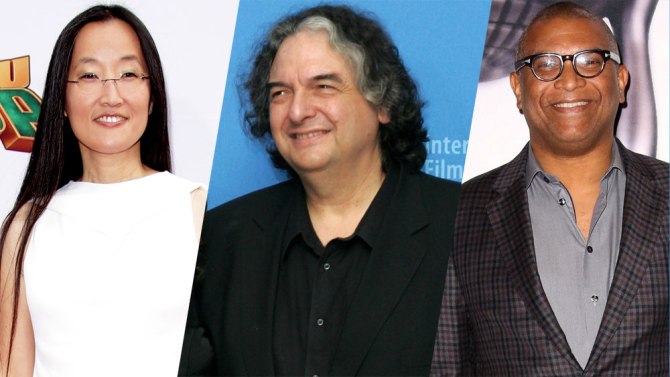 The Academy of Motion Picture Arts & Sciences furthered its efforts at diversity by adding three members to the board of governors, and six members to various board committees.

“I’m proud of the steps we have taken to increase diversity,” said Boone Isaacs. “However, we know there is more to do as we move forward to make this a more inclusive organization.”

The board also appointed additional Academy members to each of the six board committees that provide oversight to specific Academy areas.

These people will not be governors, but will have a say in membership and governance. The goal is to bring in new voices with different POVs, to counter criticism that the Academy was losing touch with the realities of filmmaking today.

The board also reaffirmed its Jan. 21 resolution to make sure Academy voters are active in the motion picture industry. In Tuesday’s meeting, the board decided that each branch executive committee will determine specific criteria for active voters based on the guidelines established in January.  Active voters are defined as: those who have worked in the motion picture industry in the last 10 years; those who have worked anytime during three 10-year periods whether consecutive or not; members who have won or been nominated for an Oscar.

The branch executive committees will meet every two years — starting this spring — to review their members and determine any potential reclassifications. The committees also will adopt an appeals process for members who may lose their voting privileges.

The additions to the board and to the committees were predicted in Variety March 10.

There are 51 members on the board, with each of the 17 branches repped by three governors. All of those governors are elected, so the addition of three appointees is a subtle but important move. While many women and members of minorities ran for board elections last year, most of them lost out to incumbents.

The board has increased gradually over the years. In 1978, for example, there were 12 branches. The most recent addition came in July 2013, when AMPAS added three governors when it created the casting-directors branch. However, each addition has represented an expansion of the standing system. Tuesday’s decision represents the first time that the board is being restructured, to include governors who do not represent any particular branch and who are not elected by the membership.

Academy diversity has been a hot topic for several years, and went into overdrive with the Jan. 14 announcement of Oscar nominations. The Academy was the focus of social media’s #OscarsSoWhite protests (even though showbiz workers say that Oscars just reflect the imbalance within the film industry). On Jan. 21, the board held an emergency meeting, and the following day announced several plans, including the addition of three governors “in order to immediately increase diversity on the board.” No timetable was announced at that point.

Tuesday marked the first board meeting since the Feb. 28 Oscar ceremonies, and while the board undoubtedly discussed the show, no statements were made. The Academy never discloses its board agenda in advance. However, they will likely make decisions about the Oscarcast in May and June. Typically, committees study various aspects of the awards season and the ceremony and make recommendations in May and June to the board, at which point they are voted on.

The board holds regular meetings to discuss ongoing topics (awards, the museum, AMPAS finances, etc.). The group usually assembles in the evening, for a session that lasts a few hours. Tuesday’s meeting started in the morning, a clue that the discussion might be complex — or worthy of an announcement the same day. (Usually, the Academy issues news of board results the following day.)