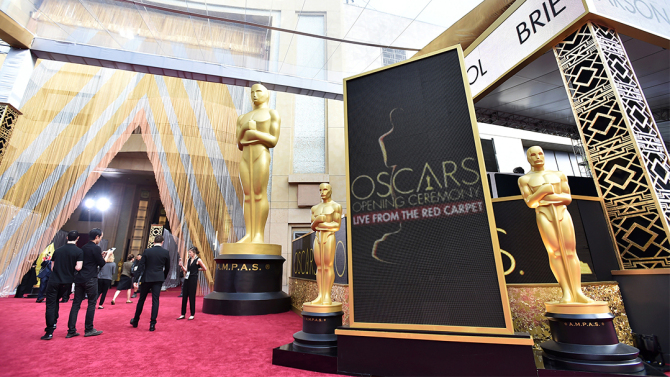 The Academy board of directors will gather March 15, their first meeting since the Feb. 28 Oscarcast. But don’t expect any decisions on changing the ceremonies or Oscar rules (e.g., the proposed return to 10 best pics) until summer. However, you can expect more decisions on inclusion/diversity next week — and in the months to come.

The Academy of Motion Picture Arts & Sciences never discloses its board agenda in advance. But when AMPAS made changes in voting rights on Jan. 21, the org said more changes are forthcoming. One or two seem likely to pass next week, with the third requiring a few months.

In the first move that had been announced, AMPAS will restructure the board, by adding three governors “in order to immediately increase diversity on the board.” There are currently 51 governors; the new trio will be nominated by president Cheryl Boone Isaacs and are subject to board approval, then serve a three-year term.

In the second move, the org will add new members to the executive and board committees; these people will not be governors, but will have a say in membership and governance. The goal is to bring in new voices with different POVs. Either of these moves — or both — can happen March 15.

According to bylaws, any restructuring of the board must be voted on by entire membership — or by the board, if they’re given notice 10 days in advance of the vote. So the addition of three governors can be voted on next Tuesday, assuming the governors were notified in advance.

The third proposal involves admission rules for new members, and that’s more complicated. Currently, each of the 17 branches sets its own criteria for new members. In most cases, the rules specify the number of recent films as well as billing in credits, among other criteria; many in the industry say that those rules are no longer realistic as the film landscape changes. The branches would need to weigh in before any board vote.

The Academy wants to make good on their vow to double the number of women and minorities by 2020. The issue of inclusion/diversity is not going away, and the Acad will continue to make moves on many fronts in the next few years. Hollywood investors, agencies and studios are the source of the imbalance in the film world, but as Boone Isaacs said in January, “The Academy is going to lead and not wait for the industry to catch up.”

Meanwhile, AMPAS and the board need to deal with damage control, both internally and externally. On Jan. 21, the board voted to shift some members to emeritus positions — i.e., they will retain membership, but without voting privileges. It will only affect a few hundred of the 6,261 current voters, but many members were vocal in their complaints that the Academy acted too quickly and that members should have been consulted.

Academy defenders say these changes had been discussed for a long time, so were not done hastily. (They also point out that elected government officials consistently vote on issues without consulting constituents, and that a poll of 6,000-plus members on every issue is time-consuming, and the Academy was under the gun in January.)

The internal criticism gave AMPAS more bad PR and it couldn’t have come at a worse time, after the #OscarsSoWhite controversy and the threatened boycott of the ceremonies by a few celebs.

Both critics and defenders within the Academy agree that another Town Hall is a good idea, to make sure concerns are heard and that complaints are addressed. The only Town Hall so far occurred May 4, 2013, at the Acad’s Beverly Hills headquarters, which was linked to gatherings in New York and the Bay Area.

The voting-rights issue comes down to a fundamental question: Is AMPAS an honor society for people with years of experience, or is it an organization that reflects the current film industry? If it’s the former, members would have voting rights for life and most members say with pride that the key element of membership is the right to vote (as well as the perk of receiving a supply of screeners).

On the other hand, many want the Academy to reflect world cinema, with an appropriate mixture of races, genders and cultures. This group thinks that if the Academy voters get more in sync with the world population, it will keep the Academy from becoming irrelevant, and the Oscar nominations will be less esoteric. They also hope that a policy of inclusion will set a positive example for the Hollywood industry, which does not reflect that broad range.

As for changes to the Oscar show in the wake of the 88th annual ceremony, the March 15 meet will no doubt include post-mortem discussions among board members. But traditionally, the Acad has several committees to address Oscarcast concerns; they will report to the board in June, when the board can decide whether or not to make changes.