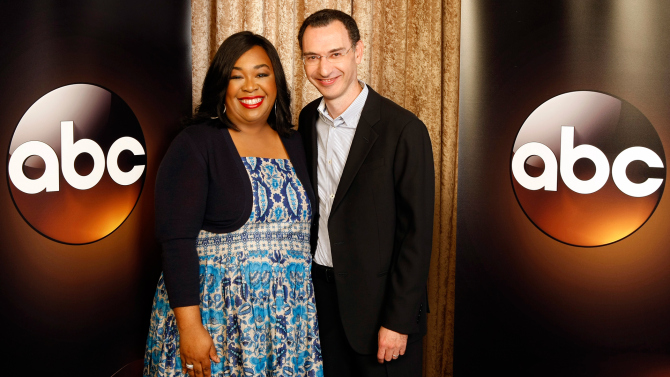 ABC has a high volume of shows that come from minority creators and showrunners, and shows that deal directly with racial and ethnic experiences, such as comedies “Fresh Off the Boat,” “Cristela” and “Blackish.”

“It is a mission statement to reflect America,” he said. “In a way it’s not so much diversity as it is authenticity.”

Lee emphasized that the shows were picked up on their merits, because they featured “authentic, relatable stories” from solid showrunners such as John Ridley (“American Crime”) and “Shonda Rhimes (“How to Get Away With Murder”).

“We picked them up because they were great television… but they sort of for us unleashed a creative vein that was unmissable. We think these shows are deeply relatable (to broad audiences). When I watch ‘Fresh Off the Boat,’ or ‘Blackish’ or ‘Cristela’ — I am those families,” Lee said. “Great stories about great characters will resonate in the heart and gut anywhere in the world.”

Lee also stressed the importance of having diversity among the creative stewards of ABC’s shows as well as among the network’s exec team.

“To really pull this off, you need not just stars on air, you need the people who are telling the stories to truly reflect America as it is,” he said.

As the discussion turned the question of whether network TV overall has hit a tipping point for reflecting the diversity of the audience, Lee stopped short of declaring it so but said that changes are inevitable. “Shows that seem to lack diversity actually feel dated. America doesn’t look like that any more.”

ABC is coming off a rough season, but Lee was pretty unflappable in deflecting questions about programming and scheduling decisions last year and about the network’s high volume of strike-outs. Yes, critical fave “Trophy Wife” was a disappointment, but Lee indicated that there were not enough signs of growth to warrant a second chance.

“In my job it’s hard when you have good shows that can’t find an audience,” he said.

He accentuated the positive about returning comedy “The Goldbergs,” which is shifting to the Wednesday hammock berth between “The Middle” and “Modern Family” in the fall.

“I personally believe ‘The Goldbergs’ is going to be discovered by a lot more people this year,” Lee said. “We’re very bullish about Wednesday.”

ABC like every other network has been forced to experiment with scheduling patterns. Lee said ABC was taking a page from the cable playbook with plans for bifurcated winter and spring seasons of shows.

“Scandal” will follow that pattern, with the new Viola Davis-Shonda Rhimes drama “How to Get Away With Murder” filling the gap period. Sunday fantasy drama “Once Upon a Time” will take a break at midseason to make room for the offbeat musical comedy “Galavant,” which also mines fairy-tale themes.

Viewers “are now used to watching what you’ve been seeing on cable — complete launch of episodes without a break (for reruns). We’ll give you a fall finale and then a spring premiere,” he said.

In other tidbits from the session:

Check this out on Variety.