Thank you for being a part of this great organization that is NALIP. As we prepare for an exciting 2016 we wanted to update you on the progress NALIP and our Latino content creators have made through an important stage of programming this 2015.

After 16 years and coming into our second year of a strong restructuring effort, we felt that a focus on quality and vision driven programming was crucial in continuing NALIP’s innovation. We have faced some challenges along the way, whether starting programs from scratch or revitalizing existing ones, at every turn growing even more proud to be able to continuously feature a constituency that ranges from new incoming content creators to legacy creative fellows. It has been 2 years of arduous work and we are excited to share our accomplishments and a few highlights from some of NALIP’s new and returning programs and events.

Early this year, after continued research, surveying members, funders, meetings with studios, independent creators, TV networks, tech and digital outlets and board of directors’ discussions, we realized we had to quickly adjust and adapt to the new needs of content creators in today’s and tomorrow’s media landscape. Feature film, digital creators, documentarians, TV/streaming producers and Latino storytellers at large needed more hands-on support if they were to develop strong projects and successful careers. Latino Lens was created to leverage the experience in previous programs (such as the Latino Producers Academy and the Latino Writers’ Lab) and partnerships we’ve built through our 16 years as a media organization to build various incubators that directly support Latino artists, to tell stories that break with Latino stereotypes and paradigms, from concept, funding to production, promotion and potential distribution.Through Latino Lens we are now uncovering, producing, and advancing the stories of today’s leading Latino industry talent.

Latino Lens is divided in 4 main verticals: Narrative, Digital/Tech, Documentary and TV/Streaming. These 4 verticals integrate previous NALIP workshops and seminars, such as Doing Your Doc, the Writer’s Lab, and the Reality TV Workshop, continuing to serve our wide membership while acting as a component to these incubators. Each pipeline has its own submission process, funding source, sponsor, media liaison and industry partners. We create and develop Latino Lens incubation programs specifically with an outcome and an outlet in mind, such as Time Warner Foundation, World Channel, El Rey and/or MiTu Network among others. 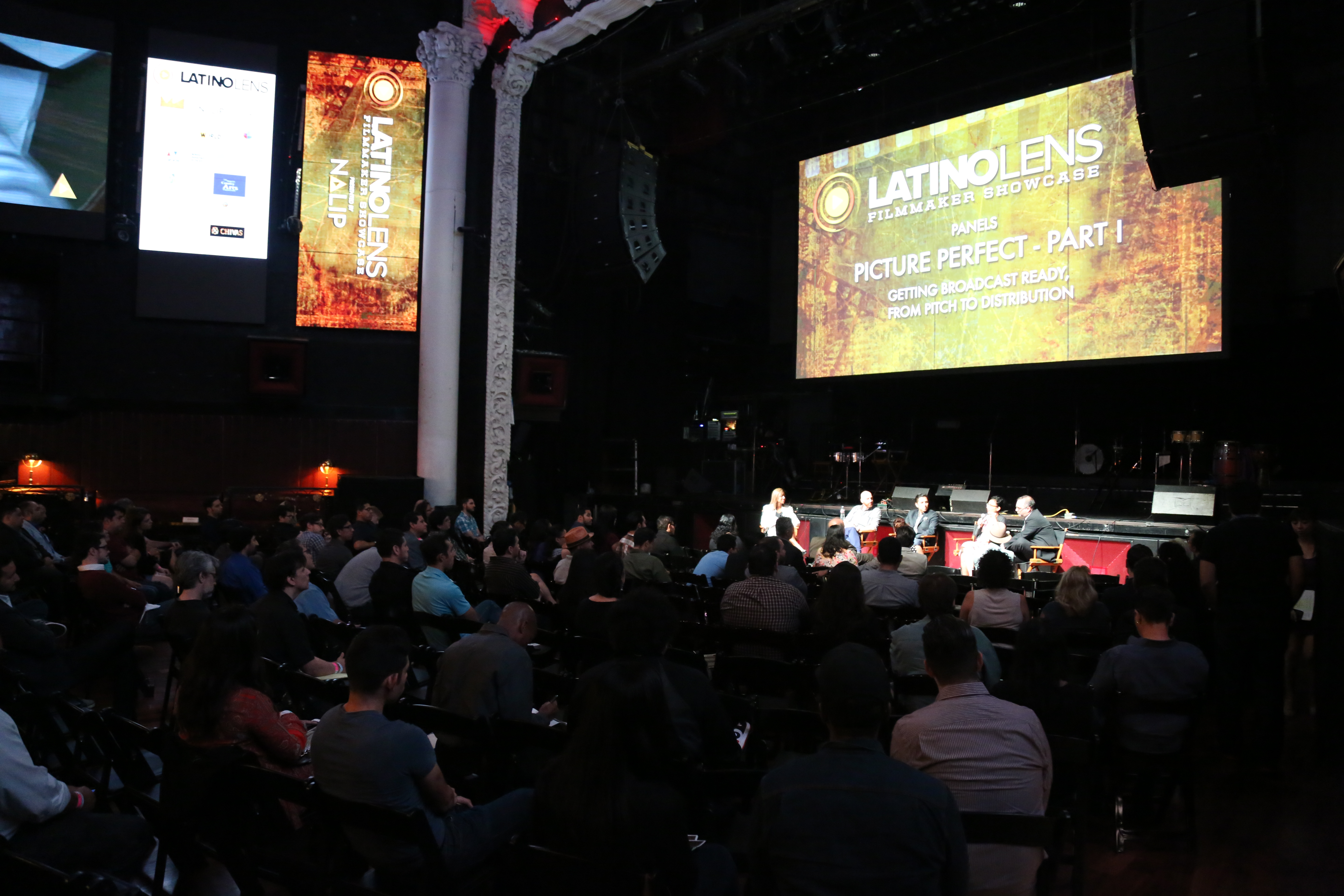 As part of our incubator and production mission, we’ve also held NALIP Access encounters between advanced NALIP members and industry partners to deliver a curated list of talent and projects one on one or on small group basis - as well as through the Latino Media Market during the Annual NALIP Media Summit. The uniqueness of the Latino Lens pipeline, is that is does not end with a single submission, we internally record and track all our submissions to revisit either story and /or artist for future opportunities with other Latino Lens incubators.

Latino Lens 2015 began with an impressive start, with NALIP members directly producing under its programming such as that with the NALIP WORLD Channel American Graduate Video Project (Latino Lens Digital) where three members, William Caballero, Gloria Moran, and Gabriela Lopez de Dennis developed and produced digital shorts for WORLD Channel that addressed the U.S. high school dropout crisis. We also worked with the Televisa Foundation, where NALIPsters produced PSA videos and graphics for their “Think About It” media campaign aimed to build awareness for the DACA (Deferred Action for Childhood Arrivals) Program. In October we held the first Latino Lens Showcase in Hollywood, where we highlighted these program success, as well as new and veteran Latino talent.

As part of our Latino Lens Short Narrative Incubator, this January 2016 in Park City, Utah at the Sundance Film Festival, NALIP will announce the finalists selected to receive funding, mentorship, industry support, and distribution options for their submitted short film concepts. 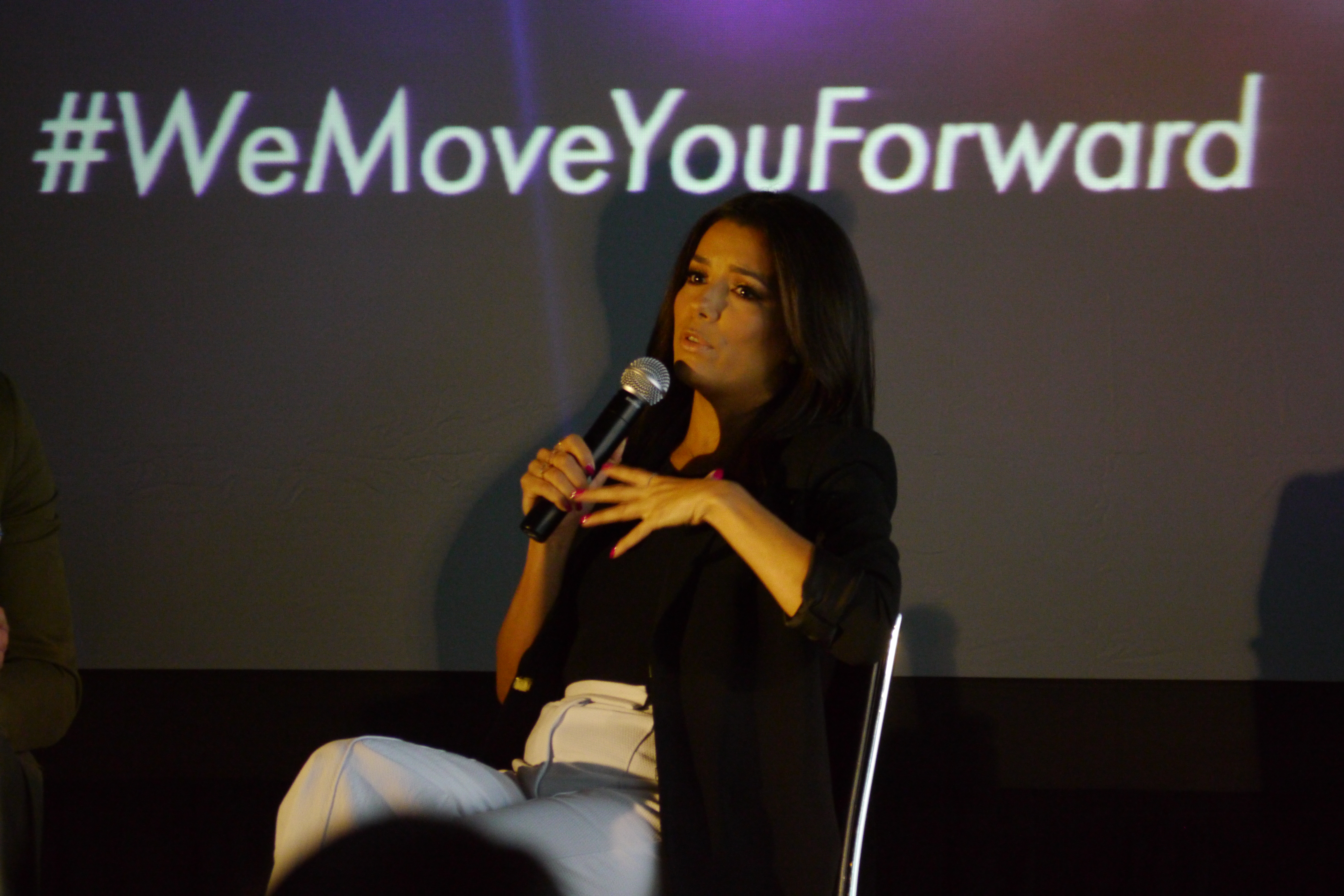 The NALIP Media Summit Formerly known as the NALIP National Conference, the 17th annual NALIP Media Summit was held in June at the W Hollywood Hotel. After relocation from what had become the Summit’s home, the Sheraton Universal, we had some expected challenges that came with a new location, but met them with enthusiasm, as we wanted to revisit the entire structure of what NALIP’s Media Summit encompassed. Beyond our venue, we looked at the entire focus of the Summit, the previous year we had introduced studio tracks (narrative film, documentary, and tv/streaming), this year we strengthened this component by directly integrating our partnerships, such as those with HBO, CPB, YouTube, El Rey Network, PBS, and many others to present tools, resources and opportunities to the attending membership.We know and have reported on the challenges Latinos face in moving forward within the industry, but this Summit we wanted to provide the tools and knowledge to actively do so. To do this we extended the Summit from what had been a 3 day event to a 5 day event with 35 events in total to better reach our experience varied constituency.

From an Emerging Filmmakers session, to Access Meetings aimed for our veteran creatives, to an Opening Screening that invited all attendees, we felt we were able to reach every level of the close to 1000 content creators in attendance. 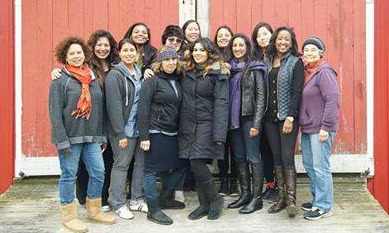 Another newly launched program as of 2014, the Diverse Women in Media Initiative is comprised of the Women in Media Forum and the Diverse Women in Media Residency Lab at ARC (Artist Retreat Center) which has opened a pipeline to diverse female media talent that had otherwise never been explored. As of 2015 the Residency Lab, which welcomed ten diverse women filmmakers of color to workshop their projects in Vermont, saw a growth in its second year, being one of the most submitted to programs in NALIP’s history, further displaying a need for not just female focus industry programming but especially that of the diverse kind.

Also part of our Women’s Initiative, we especially look to place diverse female representation within all our programming, reaching within our membership and working with our partners to make this happen. Examples of this new practice can be seen within our Latino Media Market selections, and most recently within the Latino Lens Narrative semi-finalist selections. We’ve also actively worked in not only bring a Diverse Women’s panel to the Media Summit, but have looked to provide female presence within most Summit panels and workshops. It is important for us to not to only provide female focused programming but to integrate this gender equal opportunity approach within all NALIP programming. 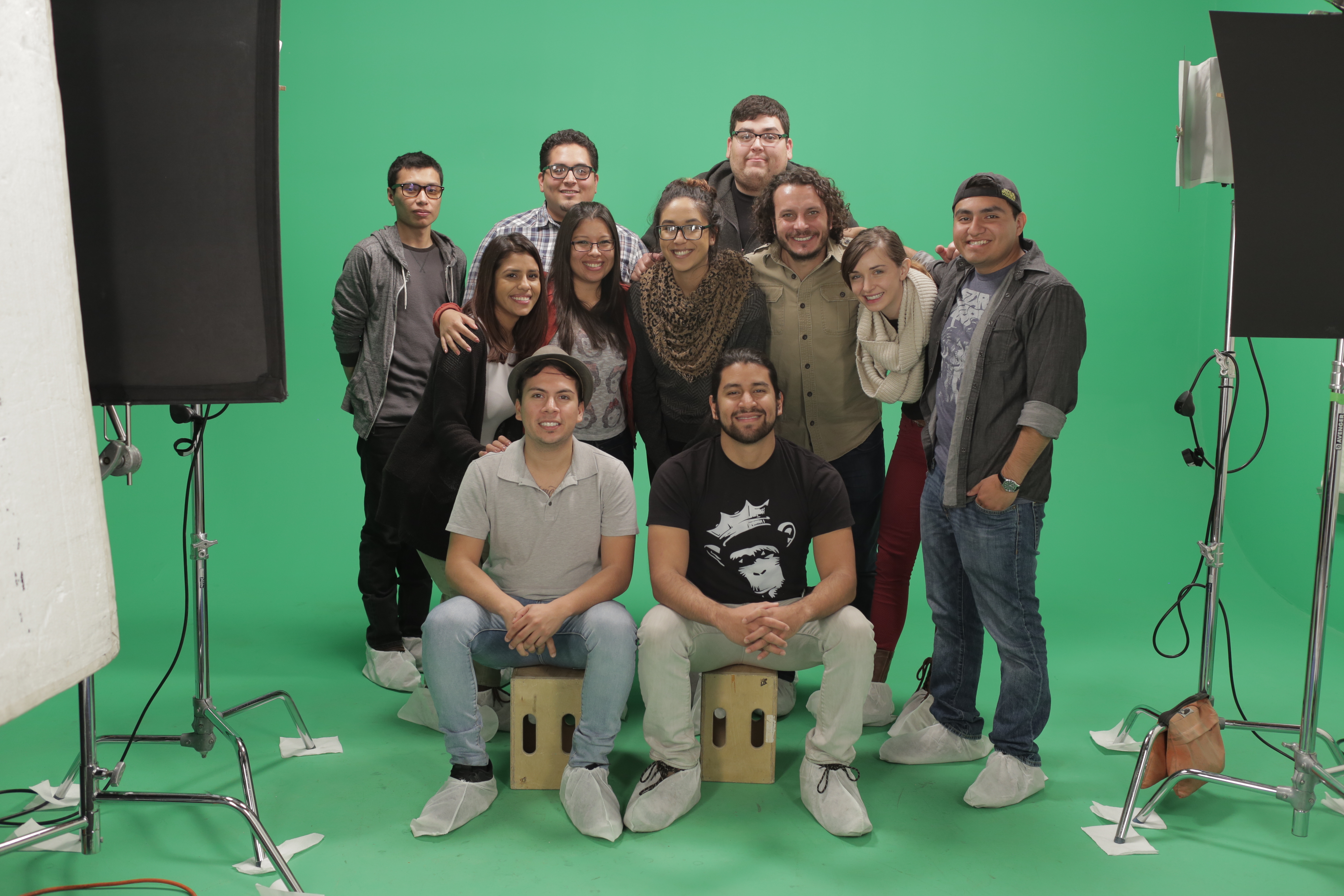 Throughout our 17 years NALIP as continued to participate in a number of great partnerships, and this year proved no different. 2015 was a year of many new partnerships such as that with Variety Latino, Outfest, Hennessy, Entertainment Partners, City National Bank, Latina Bloggers Connect, American Cinematheque, Cinema Tropical, Aguila Real Tequila, and Ford. Each new alliance had strengthened a community reach we felt had been prior lacking, such as that with Outfest where we coordinated efforts to include an LGBT component at the Summit or that with Latina Bloggers Connect, where worked with Ford to invite Latina bloggers to gain media insight also through Summit events. As important as our new relationships, our continued and revisited partnerships proved crucial in the development of our track incubators for Latino Lens, like that with WORLD Channel and CPB for our first production grant venture the NALIP WORLD Channel American Graduate Video Project (Latino Lens Digital), and recently with Mitu Network where through our TV/streaming track of Latino Lens we performed a closed invite to members to submit project concepts. Through these partnerships we have been able to forge alliances on programmatic elements such as that with Latino Lens, while also sharing opportunities to move our NALIP membership forward.

Our community of 40,000 is a strong one, with many members having been with NALIP since it’s inception. Since our restructuring we’ve been able to internally track and engage our members with improved systems in place allowing us to significantly grow our network of content creators. This year we were able to stay engaged with members primarily through NALIP.org, as members submitted their work for programs, or general consideration, created profiles to connect with others in the industry, stayed updated on Latino related industry news, and received special member invites and notifications. Through this engagement we have come to better understand how to update membership benefits and vary programming to move new and seasoned content creators forward.

Our overall purpose is to advocate Latino media talent through programs like our Latino Lens Incubators to provide Latino content creators in various tracks and locals the opportunity to create new and engaging projects that directly engage industry leaders and platforms.

We’re pleased to announce that NALIP programming, in particular Latino Lens has started strongly in it first year, and we thank you for your gracious support. We anticipate an exciting year of continuous and innovative programming, and events within the Latino Lens incubators as we cannot wait to share more about our work with you. We appreciate any comments, and invite you to become a member and submit your work.