“It was finally my time.”

Those words, spoken by the animated Princess Elena in the first episode of “Elena of Avalor,” a new Disney Channel series, are meant to reflect power: The zesty teenager has reclaimed her tropical kingdom from an evil sorceress. But the line has a deliberate double meaning. With Elena, Disney has created — at long last — its first Latina princess.

“It’s not a secret that the Hispanic and Latino communities have been waiting and hoping and looking forward to our introduction of a princess that reflected their culture,” said Nancy Kanter, the Disney executive overseeing the show, which will begin on July 22 with toy and theme park tie-ins. “We wanted to do it right.”

Did the company succeed? Or is Elena, like some of her royal counterparts, about to run afoul of the princess police?

Few matters in entertainment are as fraught as the Disney princesses, a dozen or so characters led by Cinderella and Snow White that mint money for the Walt Disney Company but also are cultural lightning rods. People who love the princesses (they’re pretty and live happily ever after!) and those who despise them (they promote negative female stereotypes and unrealistic body images!) square off endlessly. Academics study their adverse societal impact, even as women dress like them for their weddings. 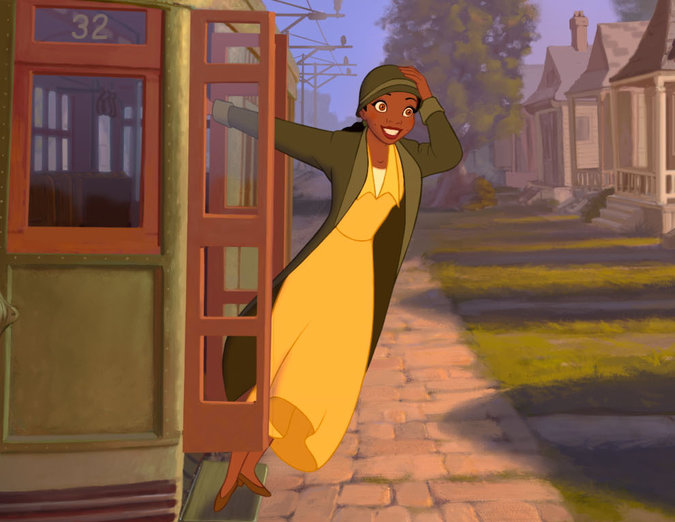 Tiana in “The Princess and the Frog” Credit Disney

Add race and ethnicity, as Disney is increasingly doing with its cartoon heroines, and this is a minefield, especially because animation by its nature deals in caricature. In 2009, when Disney introduced its first black princess, Tiana, every corner of her film, “The Princess and the Frog,” was dissected for slights.

Aware of the scrutiny that “Elena of Avalor” will receive, Disney has loaded each 22-minute episode with Latin folklore and cultural traditions. Avalor has Aztec-inspired architecture. Episodes will include original songs that reflect musical styles like mariachi, salsa and Chilean hip-hop. Elena’s black hair, gathered in a luxuriant pony tail, is accented with apricot mallow, a flower native to Southern California and Northern Mexico.

“We brought in a whole lot of consultants to advise on everything,” Ms. Kanter said. “We wanted to make sure that she didn’t have a doll-like appearance, and we really wanted to steer clear of romance. She has male friends, as teenage girls obviously do, but we did not want it tinged with, ‘Ooh, they’re falling in love.’” 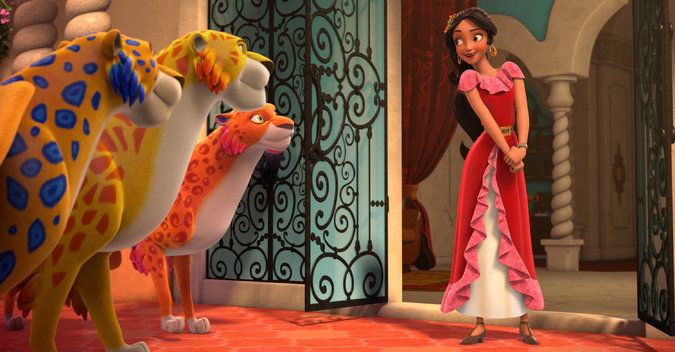 The first episode, made available through a Disney Channel app on July 1, has received positive feedback. “We were all very pleasantly surprised at how well the character was conceived,” said Axel Caballero, executive director of the National Association of Latino Independent Producers. “This is going to have a great impact.”

Already, though, “Elena of Avalor” has run into questions of princess parity, starting with the medium: Why is Disney introducing her through a television series aimed at children 2 to 11 and not in a full-fledged family movie, like her counterparts? “It really seems like a shun,” wrote Mandy Velez, a co-founder of Revelist, a publication targeted to millennial women.

For Rebecca C. Hains, author of “The Princess Problem: Guiding Our Girls Through the Princess-Obsessed Years,” the newest member of Disney’s royal court wins points for her heroism. In the first episode, Elena, after the deaths of her parents, tries to prove that she is ready to be queen, even though she is only 16.

“She’s not an ornament,” said Ms. Hains, an associate professor of advertising and media studies at Salem State University. “This is a princess with real political power, and that’s genuine progress.”

Still, Ms. Hains was cautious. “The mashing together of cultures gives me pause,” she said. Noting that older characters speak with Spanish accents and that Elena (voiced by the Dominican Republic-born Aimee Carrero) does not, Ms. Hains added, “Being modern and cool seems to mean talking like an American.”

Craig Gerber, who created “Elena of Avalor,” said the accents simply reflect a generational gap, a dynamic seen in many Latino families. He called the attention given to the Disney princesses “incredibly daunting,” but something that made the show better. “I really hope that young Latino children are happy to finally feel represented,” he said.

Serious people closely scrutinizing a cartoon character is the blessing and the curse of being Disney. Because its programming commands such attention, especially among children, the company is often held to a higher standard than competitors. Seemingly everyone has an opinion — often delivered as a demand — about what Disney should be doing with its characters, especially when it comes to diversity. 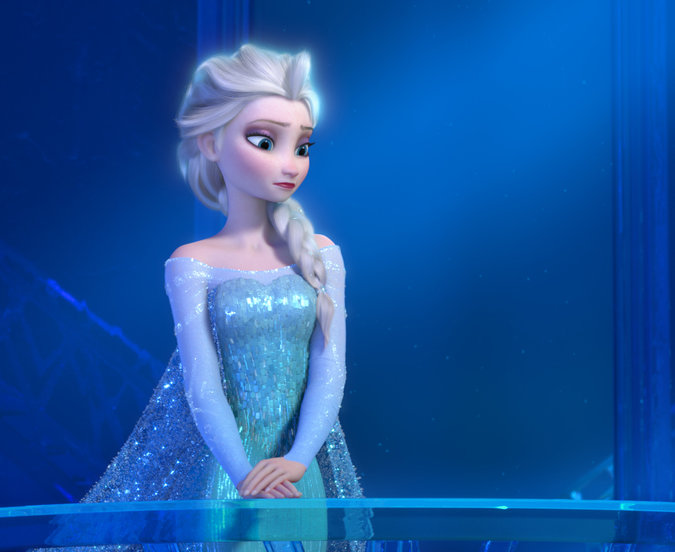 In 2014, tens of thousands of people signed a petition pushing for a Disney princess with Down syndrome. In the spring, the company faced an online campaign to make Elsa from “Frozen” a lesbian. In recent weeks, an online brush fire has broken out around “Moana,” an animated Polynesian adventure to be released in November; an overweight male character has been criticized as offensive to Pacific Islanders.

“Elena of Avalor” comes as Disney tinkers with its princess strategy. The company has started depicting its princesses in more active poses on toy packaging and emphasizing their various personalities. Pocahontas and Mulan, for instance, are now more prominent.

(For the record, Princess Leia doesn’t count as a member of this group, at least in Disney’s eyes. And celebration over the introduction of a Pacific Islander princess in “Moana” has apparently been premature. Because the film barely mentions her lineage, the company will not be calling Moana a princess, according to a Disney spokesman.)

As for Elena, Disney contended that television was better than film. Rather than relying on parents to take their children to a theater, Disney will pipe “Elena of Avalor” directly into hundreds of millions of homes. The series, which already has a five-season “content plan,” will run in 163 countries and be translated into 34 languages. Disney has also tried to make the series look and sound more like a movie than a television cartoon.

“The goal is certainly to give it as cinematic a feel as possible,” said Tony Morales, who scored the series, drawing inspiration from José Pablo Moncayo, a Mexican musician.

Disney is certainly not skimping on Elena’s promotion, including in the toy aisles, where analysts say there is an opportunity to steal market share from Dora the Explorer, the Latina preschool character that Nickelodeon introduced 16 years ago. It typically takes up to 18 months after a show’s debut for related products to arrive in stores, but Elena items — stuffed animals, shoes, children’s bedding, backpacks, clothes — were made widely available on July 1. Books and Halloween costumes are still to come.

In other words, Disney’s expectations for a hit are high.

“We know that the Latino community is extremely vocal and active,” Ms. Kanter said. “As long as we tell a good story and create a character who is compelling and interesting and stands for something, I think the audience will be really pleased.”

Check this out on nytimes.com