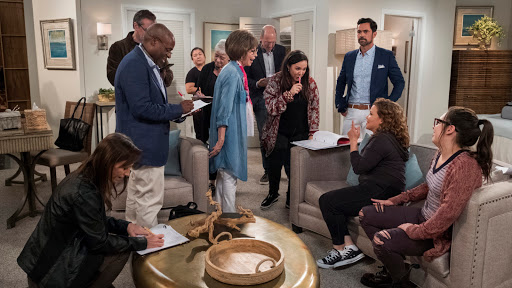 Following Netflix's announcement of the cancellation of 'One Day at a Time' we want to take a moment to look back upon the three seasons of this critical darling whose first season averages 94% on Rotten Tomatoes while both Season 2 and Season 3 are at 100%.

The series followed three generations of a Cuban-American family sometimes-reluctantly co-habitating and navigating the ups and downs of life. It centered on Penelope (Justina Machado), a newly single mom and military veteran, as she navigated the triumphs and tribulations that come with raising two strong-willed, mega-millennial children (Isabella Gomez, Marcel Ruiz), all the while enlisting the “help” of her old-school mother (Rita Moreno) and her building manager-turned-invaluable confidant (Todd Grinnell). Stephen Toblowsky co-starred as Dr. Berkowitz, Penelope’s boss.

The seasons tackled topics from the journey of Elena's (Isabella Gomez) coming out to Penelope's struggles with depression, anxiety, and post-traumatic stress order. Following it's first season, 'One Day at a Time' received a Television Academy Honor for it's positive Latinx, LGBTQ+, and mental health representation.

Netflix gave a 13-episode straight-to-series order to the long-rumored reboot in January 2016 and cast EGOT winner Moreno first. The streamer renewed the show for Season 3 in March 2018 amid a grassroots movement that included an open letter from the National Hispanic Media Coalition. The group called the sitcom “a guiding light – the true north in and for an industry grappling with issues of diversity, equity, and inclusivity.”

While showrunner Gloria Calderón-Kellett was campaigning for season 4 renewal she appeared on Deadline's New Hollywood podcast and shared her hopes for a season 4 stating, “If I were to get a Season 4, I would want to continue the narratives that we have started,” she said. “We added a beautiful transactress this year, the beautiful Nicky Endres, we want to continue her story, we would want to continue stories around the trans-military ban. There also are many issues about veteran suicides in this country that people aren’t talking about, certainly the opioid crisis, not only in the Latino community but also nationwide. We have a young lesbian woman in a relationship, we have a non-binary character who we love, obviously Penelope now has her dream job as a health practitioner, so we would like to do stories around the health care system. There’s also 2020 and the election, we’d be talking about voting and what that’s like.”

The series is also owned by Sony Pictures who has plans to shop the series elsewhere.

View Gallery of highlights from 'One Day at a Time': www.variety.com