A Look at BANFF Connect LA 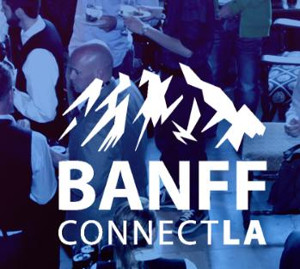 NALIP was present for this years, BANFF Connect LA which took place February 28th at The London West Hollywood. NALIP members and producers were able to participate and take advantage of the opportunity to get their projects exposed. The event was established to connect producers, broadcasters, distributors, content creators and executives across the film, television, advertising and digital media industries. The day brings together key leaders in the industry who present a number of sessions on various topics.

This year, sessions included: CBS: Evolution of a Hit Show, In Conversation with... the ONION and Running the Show: The Women Behind Disney|ABC's TV Hits. Attendees were able to hear experts talk about the secrets to a show's' longevity and successes in an extremely crowded marketplace, what it's like to run a news satire organization and what it's like to run a show as a woman in Hollywood today.

Today, more and more organizations are recognizing the importance of bringing leaders across various platforms together to teach and empower those trying to make it in the industry. Events such as Connect LA allow attendees to not only gather valuable information on the trends in Hollywood, but also to hear the stories of important professionals and realize that with drive and determination anything is possible. We look forward to next year’s event and the amazing work that BANFF will be doing throughout the rest of the year!