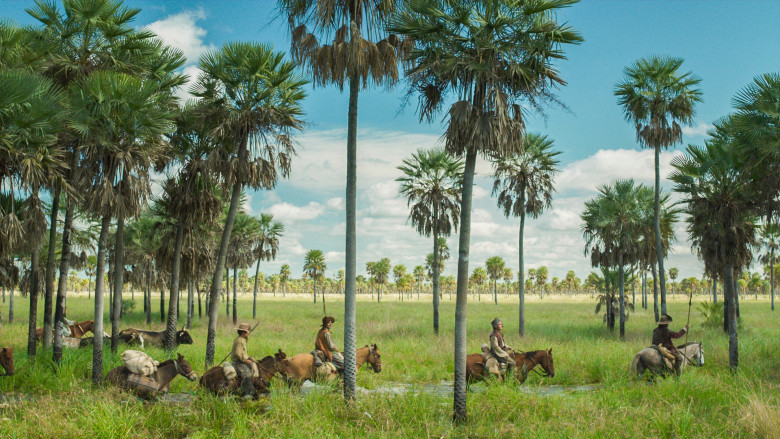 There’s a moment in Lucrecia Martel’s newest film, “Zama,” when her defeated protagonist, the eponymous Don Diego de Zama (Daniel Giménez Cacho) – a corregidor for the Spanish Empire, whose authority is continually undermined – is joined in frame by a llama, one that almost takes a position of prominence over the beleaguered colonial bureaucrat. It’s a slow developing moment that feels as absurd as it does unstaged, and it is pure Martel – a filmmaker who is continually able to mine the illusive line between the surreal and reality itself.

It may be a cliche to say that a film is dream-like, but in the case of the films of Martel, it is also formally inaccurate, as she avoids edits that break the continuity of space and time and imagery that embraces the surreal. And while “Zama” mirrors the heightening fever-like disorientation of the title character, Martel has always dismissed a classical form of Hollywood storytelling that relies on the viewer experiencing the film through the emotions of the main character.

“That identification comes from a kind of sport – that involves the viewer following the character and embracing a storyline – that I don’t really care much about it,” said Martel in an interview with IndieWire. “That need to find the narrative arc of the character, I find it very arbitrary. It’s helped to make great films throughout history, but it’s not something I’m interested in.” 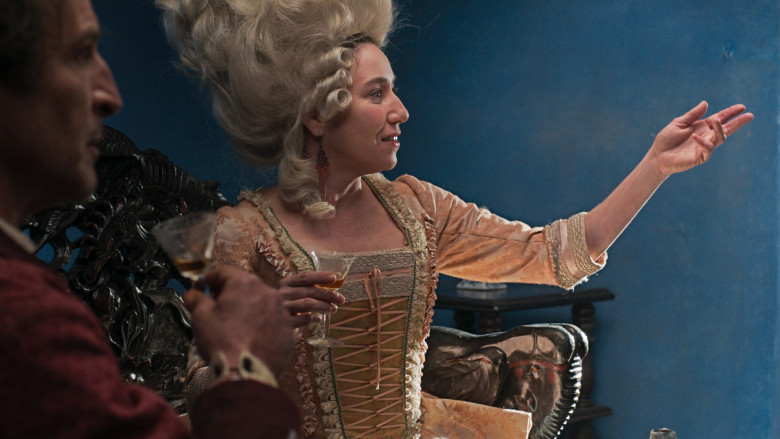 In many ways the narrative structure of her earlier films, like “La Ciénaga” – which, in 2001, broke through to introduce the Argentinian director to a larger international audience – is an easier fit for the director, allowing her to rely on scripts that jump between multiple characters. Whereas with “The Headless Woman,” Martel’s last film (2008), and “Zama,” she faced the challenge, both with her story and camera, of finding a different type of relationship between the audience and a main character who appears in every scene and anchors the film.

It’s in that search that Martel finds what makes her films so unique, and in the case of Antonio di Benedetto’s 1956 novel “Zama,” it’s what in part initially drew her to the story. Martel explained that when she first read the book, she was fascinated by how she mistrusted the self-important character’s accounting of the key events of his life and station.

“If you tell me about your life right now, you are probably going to tell me some things that you’ve made up throughout the years and if I film this, I have to leave some ambiguity,” said Martel. “It’s not that it’s not valuable, but I have to leave some room for ambiguity becomes I’m not sure if it’s real or not.”

How to capture that ambiguity is something Martel said she has been working on and improving throughout her career. “Zama,” her biggest film to date, is driven by the conflict between Zama and his surroundings. The film starts focused on his various sexual desires (often involving his own subservients), and Martel’s compositions embody this conflict in rich detail – his humiliation always in the background or just on the edge frame; he is always slightly out of step with the world around him, one that moves at a different tempo and is visually obscured and illusive. As the film and his frustrations expand, Zama’s disorientation is pitted against sun-baked and colorful landscapes that feel increasingly surreal.

“You can’t improvise that ambiguity because it is justified through the entire film,” said Martel. “It’s not permanent, because otherwise if you keep everything oneiric [dream-like], the perception of the film would be very weak. So that’s a tough balance between something that is real and something that appears to be real. That’s the fantastic thing about David Lynch, he keeps the oneiric sense throughout a film, but that in that sense I think that makes him superficial and that’s why you have to measure. It’s in that sense I think Paul Thomas Anderson can go much deeper in the human conflicts.”

That Martel, painting on a canvas as large as “Zama,” is able to walk right up to that Lynch line, but pull back and be cinematically grounded in the reality of a historical drama, is not only something incredibly original, it is also the hallmark of director who belongs alongside the likes of Anderson and Lynch in the conversation of our greatest filmmakers.

“Zama” is now in limited release.