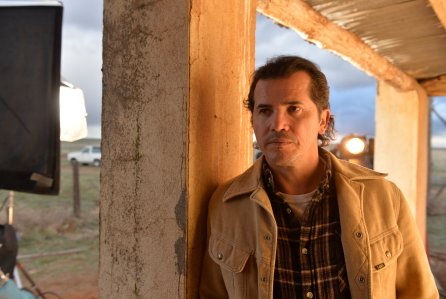 A three-time Emmy nominee recognized this year for the first time in almost 20 years, Waco’s John Leguizamo dove head first into Paramount Network’s limited series, investigating the psychology of David Koresh’s Branch Davidians, and those who fell under their spell.

With this true-crime series from John Erick Dowdle and Drew Dowdle—based on two first-hand accounts of 1993’s 51-day standoff between the ATF, the FBI and Koresh’s compound-dwelling religious faction—the celebrated actor was tasked with portraying Jacob Vazquez, a fictionalized version of the undercover ATF agent sent in to infiltrate Koresh’s Waco, Texas organization.

Making a strong impression with Emmy voters over the course of three of the series’ six episodes, Leguizamo’s challenge was to believably portray Vazquez’ arc, from a skeptic and direct antagonist to the Branch Davidians to someone who, to some degree, believed. “It’s my whole transformation of going in there thinking it’s a cult, they’re in the wrong, they’re dangerous, and then seeing, Wow, there’s a lot of beauty in what Koresh was preaching,” the actor explains. “There’s a lot of innocent, gentle people here naively believing him, and it’s not their fault.”