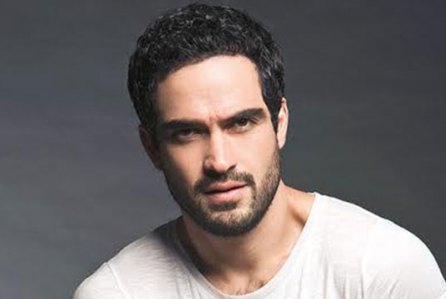 Like the country-music-fueled original movie, in the TV adaptation, written/directed by Craig Brewer (Hustle & Flow, Footloose), music will have a strong presence, this time with a Latin flavor. The project follows star-crossed young lovers Kyle (Herrera) and Gaby as they pursue their dreams and passions through the sweat of line dancing in honky tonks, the grime of the oil refineries and the glamour of modern Texas. It’s about family legacies, starting over, finding true love and the American dream.

In the TV adaptation, Kyle, a version of the character played by Travolta in the movie, is Mexican. He is an extremely popular rodeo circuit rider who is a puppet for the drug cartel, forced to flee Mexico after ticking off the wrong people. Now, with a price on his head, he and his sister make their way to Houston, given sanctuary by his Uncle Al, also an illegal immigrant who has made a life for himself in the United States. He’s a cosmopolitan, modern guy who has drank the best tequila, danced at the hottest clubs in Mexico and he still has a lot of play left in him, but knows it’s time to forge a new future, find new dreams.

Urban Cowboy comes from Paramount TV and 20th Century Fox TV, with Brewer executive producing alongside Robert Evans, who produced the movie, Sue Naegle and Chris Levinson. The off-cycle project had been on a fast track, with a midseason debut a possibility.

While he is virtually unknown in the U.S., as he just made his American acting debut with a recurring role on the Netflix drama series Sense8, Herrera is well established in Latin America. He is a telenovela star and has done a slew of popular TV series in movies in his native Mexico, including hit telenovela Rebelde and high-grossing feature The Perfect Dictatorship. He will next be seen in Antonio Chavarría’sThe Chosen.

Herrera also has musical background. He was a member of popular music group RBD, which earned a number of awards, including International band at the Billboard Latin Music Awards. Herrera also comes with a strong social media following among Latino fans, boasting 1.5 million Twitter followers.

Herrera is repped by Talent on the Road Management and Gersh.