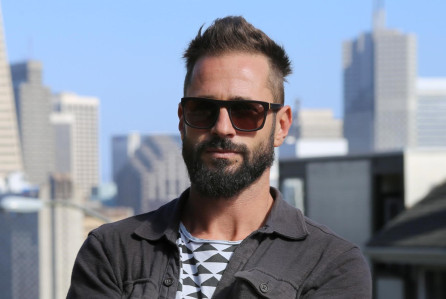 Fox International Productions has set Ale Damiani to direct Latino comedy Upgraded, a wish-fulfillment story written by Eduardo Cisneros and Jason Shuman. Damiani made the sci-fi short-film M.A.M.O.N., a satirical critique of the U.S. president’s immigration policies that gained an international following after it was released last year (see the video below, featuring a robot Donald Trump).

Upgraded revolves around two uncool high school boys from Mexico who, while visiting Miami, find the iPhone of a global superstar that unlocks a VIP world of nightclubs, private planes, swag and adventure, resulting in a wild night they will never forget.

“Upgraded is about entering a shiny new world, which is why we think it’s a perfect fit for Ale’s refined storytelling skills and unique visual style,” Cisneros said. He co-wrote and co-produced 2013’s Instructions Not Included, the highest-grossing Hispanic movie of all time.

Upgraded will be produced by Cisneros & Shuman, who have a series of studio projects in development. Shuman’s credits on his own include Role Models, Lone Survivor and the upcoming Rebel in the Rye. Read more at Deadline.