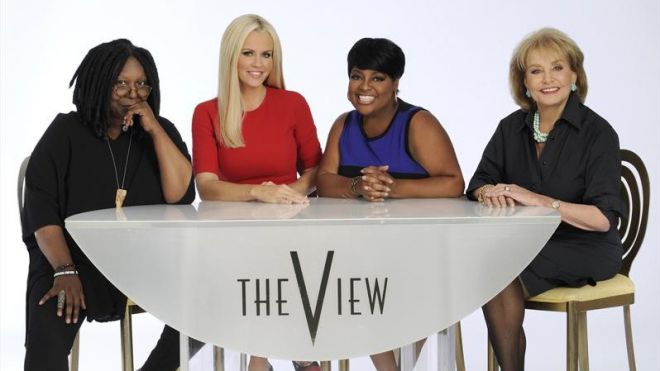 The producers of "The View" may take on a Puerto Rican journalist to co-host the popular U.S. talk show and entertainment program for the upcoming fall season.

Ana María Belaval, a reporter for the past nine years on the "Around Town" segment of the WGN Morning News in Chicago, was invited by the ABC show's producers to audition by co-hosting the program live - which they feel will be the best way to judge her work.

Should she make the grade, she will be the first Latina on the morning show, created and co-hosted for 17 years by Barbara Walters, who left her role in front of the cameras last May to become the program's executive producer.

"The fact that they chose me is really important to me as a reporter and as a Latina, because I'm not that well-known a face. But they saw something they liked," Belaval told the Spanish-language edition of the New York City newspaper Metro.

Belaval, who also worked for the morning show "Despierta, America" ("Wake Up, America") on the Univision network, will make her screen test on the program along with Meghan McCain - blogger, columnist and daughter of the senator and 2008 candidate for the presidency, John McCain - who has been on "The View" several times as a guest and co-host and who is also being evaluated for a permanent spot.

If they are chosen, Belaval, who has won three Emmy Awards and also does stand-up comedy, and McCain will replace Sherri Shepherd and Jenny McCarthy, who confirmed last month that they were leaving the show.

Belaval told Metro she hopes to contribute to the discussion and to offer solutions for problems that affect both the existing Latino community and new immigrants.

"I feel very proud of being Puerto Rican and of who we are, and I'm more than grateful for the support the Latino community has given me. That's why I'm going to do all I have to do so everyone can see the other side of being Latino," she said.

Check this out on the FOX News Latino.