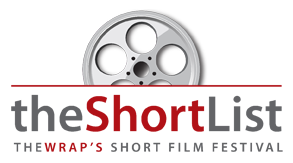 TheWrap announced that its 2015 ShortList Film Festival featuring the best in award-winning shorts from around the world will be held from August 4 – 18, 2015, and for the first time adds a prize for one original short film.

The new Creators League Prize will award $5,000 and an artist-in-residence status with a $15,000 living stipend to the creator of an original film no longer than five minutes, in addition to the 12 finalists in the main competition.

Submissions will open on February 15, 2015 with the winner chosen by PepsiCo Global Brands CMO and Creators League Founder Frank Cooper, along with a leading filmmaker to be announced in the future.

“The ShortList was established to shine a spotlight on the exciting storytelling going on in short-form video, and to be the bridge between the digital streaming world and traditional filmmaking,” said Wrap Editor in Chief Sharon Waxman. “As streaming continues to mature as a distribution platform for high quality content, we are very excited to add a category of an original film to our lineup.”

Said Cooper: "PepsiCo brands and Creators League want to identify and support emerging film and video talent, as well as new platforms for storytelling. We're excited to partner with the Wrap's Shortlist festival to help give momentum to some of the amazing talent in the independent film industry."

Now in its fourth year, The ShortList Film Festival brings the very best in short films from around the world to your computer or mobile device. The 2015 festival will stream online from August 4-18, 2015, and will air exclusively on the EPIX television channel.

The ShortList Film Festival is not like most film festivals. Programmers led by ShortList festival director Nancy Collet select 12 of the best award-winning short films that have premiered at a major festival in the past year, making this the most highly competitive shorts film festival of its kind.

All ShortList films will stream from August 4-18 on the ShortlistFilmFestival.com andTheWrap.com. The film with the most votes will win our Audience Award. In addition, our jury of esteemed industry experts will separately judge the shorts and select one Jury Prize winner.

Submissions for the ShortList will open on February 15, 2015. Winners will be presented at our live event in Los Angeles, California.

Prizes in 2014 included a $5,000 cash prize for the Audience Prize sponsored by YouTube, awarded by the most votes tallied online. EPIX will once again sponsor the $5,000 award for the Jury Prize, awarded by a distinguished panel of experts in independent film. The Creators League Award will include a $5,000 cash prize, plus an invitation to be the next Artist in Residence at Creator League's New York Studio, with a $15,000 living stipend. All selected films will also screen on EPIX andEPIX.com in August 2015.