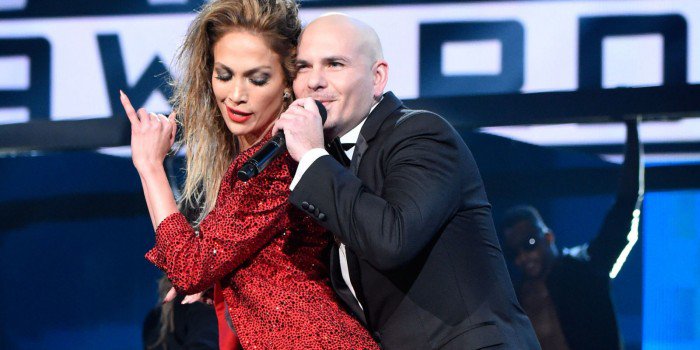 We’ve already established that Tommy Mottola is a top candidate for honorary Latino status. As the record mogul behind pop music’s great Latin invasion of the 1990s, the man’s done more for Latino visibility in the mainstream in 20 years than just about any Hollywood studio exec, ever. Plus he’s married to Thalía, so he’s got a front row seat to the joys of Latin American-style telenovela romance.

Now whether he’s driven by a genuine passion for Latin culture or merely an astute business sense – or a little of both – Mr. Mottola won’t stop cranking out the Latino love. His new HBO special The Latin Explosion: A New America was announced a few months back as an exploration of the influence of Latino music on the U.S. mainstream, but the documentary’s brand new official trailer gives us a slightly different story.