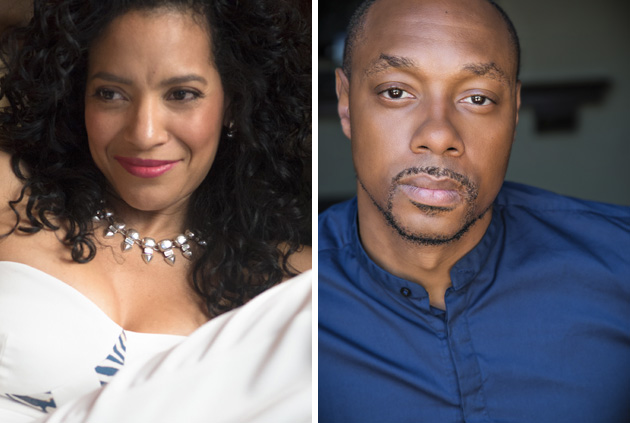 Written by Williamson, Tell Me a Story, which co-stars Billy Magnussen and Kim Catrall, is based on a Spanish format. It takes the world’s most beloved fairy tales and reimagines them as a dark and twisted psychological thriller. Set in modern day New York City, the first season of this serialized drama interweaves “The Three Little Pigs,” “Little Red Riding Hood,” and “Hansel and Gretel” into an epic and subversive tale of love, loss, greed, revenge and murder.

Guevara will play Detective Renee Garcia, a measured detective who operates by the book. While tough and unrelenting, she is not without empathy. She’s the type of detective who trusts her instincts but knows hard evidence is paramount — exactly the type of cop you would want on a case.

Missick portrays Sam, the ringleader of a group of criminals who is steadfast in his unlawful ways. Calculating, intense and undeterred, Sam has managed to fly under the radar and will go to any length to keep it that way.

Guevara played Sarah Essen on Gotham and recently guest-starred in The Handmaid’s Tale. She appeared most recently in Netflix original films Irreplaceable You and The Incredible Jessica James. Guevara is repped by JWS Entertainment and The Kohner Agency.

Missick is currently in post-production on Brian Banks biopic and will next be seen in Monster. Missick also recurs on TNT’s Animal Kingdom. He’s repped by APA and managed by Silver Lining Entertainment,

Paradigm repped the rights to the format.