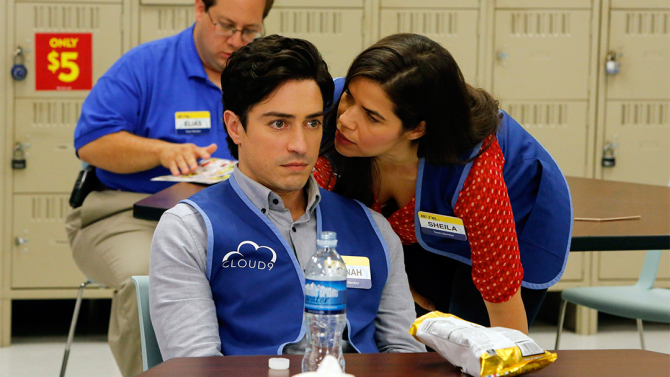 “We’re thrilled to renew a show that’s so incredibly funny and relatable, full of great characters who are brought to life by an amazing cast and creative team,” said Jennifer Salke, President, NBC Entertainment. “After such a successful first season, we look forward to seeing more of the wonderful America Ferrera, Ben Feldman and the rest of this hilarious cast in season two.”

“Superstore” centers around Amy (Ferrera), the megastore’s most stalwart employee as well as the glue holding the place together, and newly hired Jonah (Feldman), a naive dreamer determined to prove work doesn’t have to be boring. Their fellow associates include the sardonic Garrett (Colton Dunn), the ambitious Mateo (Nico Santos) and the sweet pregnant teenager, Cheyenne (Nichole Bloom). Overseeing them all are Glenn (Mark McKinney), the store’s affable, clueless store manager, and Dina (Lauren Ash), the aggressive assistant manager who lives by a very specific code — namely the store’s employee handbook.

Season to date, the single-cam comedy is averaging a 2.1 rating in the adults 18-49 demo, and 6.9 million viewers overall in Nielsen’s “live plus seven” measurements.

“Superstore” was created and written by Justin Spitzer, who also serves as an executive producer along with director Ruben Fleischer, David Bernad and Gabe Miller & Jonathan Green. “Superstore” is produced by Universal Television, Spitzer Holding Company and The District.

No decision has been made yet on NBC’s other freshman comedy, “Telenovela,” and insiders say a renewal announcement is not expected anytime soon, but the network very happy with the show and its star Eva Longoria.