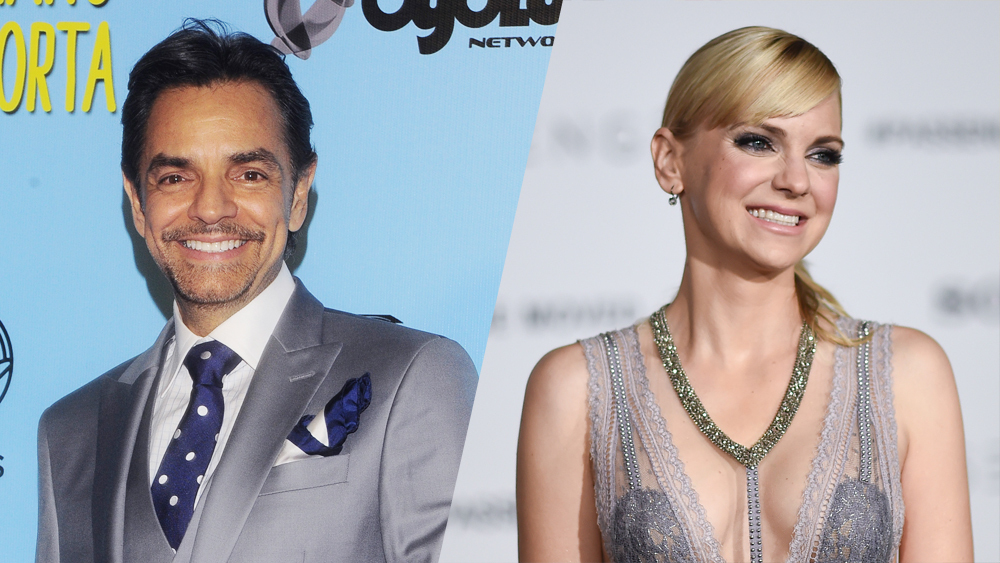 HollywoodLife is EXCLUSIVELY debuting a hilarious sneak peek of the ‘Overboard’ remake. In the clip, Eugenio Derbez has something to say about Anna Faris’ spaghetti in front of her kids!

Metro Goldwyn Mayer Pictures (MGM) and Pantelion Films presentation of a 3Pas Studios production, Overboard is set for release on May 4 by Lionsgate Films. In addition to Anna and Eugenio, the film also stars Eva Longoria, Swoosie Kurtz, Hannah Nordberg, and Alyvia Alyn Lind. The 2018 movie is a remake of the 1987 romantic comedystarring Goldie Hawn and Kurt Russell, with the roles reversed in the remake. Leonardo, a wealthy playboy from Mexico, suffers amnesia after falling off his boat. Kate, a single, working-class mom, convinces him that they’re married when he wakes up. From the looks of this exclusive clip, Kate’s doing a great job with the convincing!

Anna Faris’ character, Kate, and Eugenio Derbez’s character, Leonardo, have one interesting family dinner in this EXCLUSIVE Overboard preview. Leonardo makes dinner for the family, and the kids love his spaghetti. Leonardo has definitely upgraded the spaghetti with a new sauce and brings it up to Kate. “I couldn’t bear another bowl of that tasteless slop,” he says in front of the whole table about Kate’s spaghetti. Burn!

Not wanting to extend the conversation over whose spaghetti is better any longer, Kate says, “I don’t know. I feel like we’ve been having pasta too much.” (Sidenote: you can never have too much pasta.) She gets up, with a bowl of Leonardo’s spaghetti, and heads upstairs to study. But before she leaves, she makes sure to add that Leonardo needs to take out the garbage after he cleans the kitchen. Come on, Kate. Let Leo have this one!

Anna recently revealed on Today that Goldie and Kurt gave her and Eugenio their blessing. Anna went out to dinner with Goldie and Kurt, which she admitted “felt terrifying.” However, by the end of the meal, Goldie and Kurt had shown Anna their support for the remake.