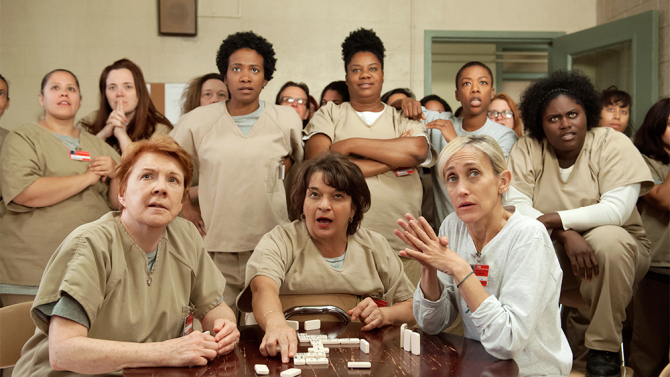 The inmates at Litchfield are getting an early release — well, at least season 3 of “Orange is the New Black” is.

The third season of the dramedy, originally meant to hit Netflix at midnight on Friday, has been released a few hours earlier, debuting a little after 6 p.m. PST on Thursday. The streaming service confirmed the release on Twitter.

Uzo Aduba, who won an Emmy for her role as Crazy Eyes/Suzanne on the show, was the first to break the news to fans on Twitter.

During a cast panel at the event, Aduba asked Netflix topper Reed Hastings, who was tuning in via video call, to let fans see get an early peek at season 3. Hastings smiled and then took her request to the next level, announcing the six-hour early debut.

Jenji Kohan is series creator and showrunner of “Orange Is the New Black,” based on the memoir of the same name by Piper Kerman. The show has already been renewed for season four, and starts shooting on Monday.