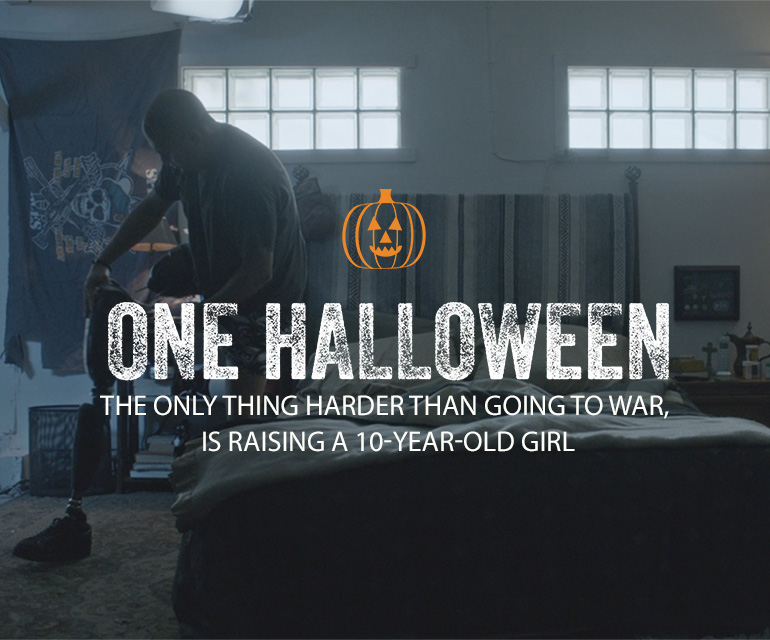 Here’s your daily dose of an indie film, web series, TV pilot, what-have-you in progress — at the end of the week, you’ll have the chance to vote for your favorite.

In the meantime: Is this a project you’d want to see? Tell us in the comments.

Logline: “One Halloween” tells the story of soldier who was wounded in the Afghanistan war, through one crazy Halloween night, as he tries to re-connect with his daughter.

Elevator Pitch:
The only thing harder than going to war is raising a 10 year old girl is the tag line for this short film featuring three veterans of the Iraq and Afghanistan wars who were injured in combat.

This film provides a realistic, touching and dramatic insight into the complex challenges that veterans coming from war zones face, as they seek to reintegrate in their lives back home, using humor and friendship to help them through the difficult times.

One Halloween is the recipient of the NALIP Latino Lens incubator grant funded by Time Warner Foundation, NEA and HBO. Grants were also provided by Disabled American Veterans, and Panavision New Filmmakers Grant.

About the Film:
I had the opportunity to interview wounded soldiers at the Brooke Army Medical Center in San Antonio shortly after I returned from my own deployment in Afghanistan.

During my my time in Texas, I met and befriended an amazing young man, Juan, who lost both arms and was burned on over 80% of his body by an exploding fuel truck in Iraq in 2004. I knew I wanted to tell this story that deals with many theme including: love, hope family and friends.

Three wounded veterans of Iraq and Afghanistan are featured in the film.