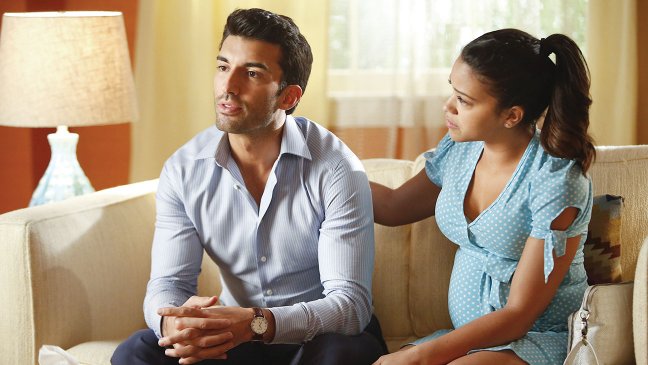 Jennie Snyder Urman, showrunner on the hit dramedy (and Peabody Award winner), shines a light on the "power of representation" in television.

In its 74th year of awarding meritorious work in media, the Peabody Awards is mixing things up. The formerly staid daytime ceremony — administered by the University of Georgia — will see winners collect their trophies at a primetime fete May 31 at New York's Cipriani Wall Street, hosted by Portlandia creator and star Fred Armisen. (Pivot will air a Peabody special on June 21.) In addition to honoring British documentarian David Attenborough and the long-running public-radio program Afropop Worldwide, the ceremony will recognize a wide variety of television standouts, including The CW's hit dramedy Jane the Virgin. Showrunner Jennie Snyder Urman (a former co-EP on 90210, among other credits), 39, reflects on the show (a "love letter" to telenovelas) and its surprising superfans.

Congratulations! How does this recognition feel?

It's overwhelming. We couldn't have anticipated this. We've always wanted the focus to be on the show and making it as good as possible. You work as hard on things that aren't as well-received as you do on those that are. I still haven't gotten used to people saying how much the show has moved them.

What fan feedback has meant the most to you?

I'm white and grew up seeing white people on my TV screen. I didn't understand the power of representation — the power for people to see themselves on TV — until I had this job. What's most meaningful are tweets from young girls that say, "I see a family that looks like mine." It validates everything we're doing, to know people are seeing their culture depicted in an enlightening way.

Are people surprised when they find out the woman behind Jane isn't Latina?

Sometimes. But I approach the show in a way that's not meant to represent everyone. It's one family's story, and that creates its own specificity, allowing us to avoid stereotypes. The show has fully realized characters with hopes and dreams. I see much more of me in Jane herself that's similar than dissimilar.

How important is it to you to populate your room with Latino writers as well?

Very much, especially for things I don't have firsthand experience with. One writer, Carolina Rivera, came from writing telenovelas in Mexico. This is her first job on an American show. Also, I gave two scripts this year to my writers' assistant, Emmylou Diaz. I want to make sure our references are on point. Our show is a love letter to telenovelas and all the tropes that make them so addictive and fun.

Have you encountered superfans within the business who have surprised you?

A lot of men say, "I'm not the demo at all, but I love Jane." My agent [UTA's Dan Erlij] and his friends are really into it. I was really surprised about that. I remember I showed him the pilot before anyone else had seen it — I'd done other things that he liked but had never seen a response like that. I guess we really have something for everyone.

Check this out on hollywoodreporter.com