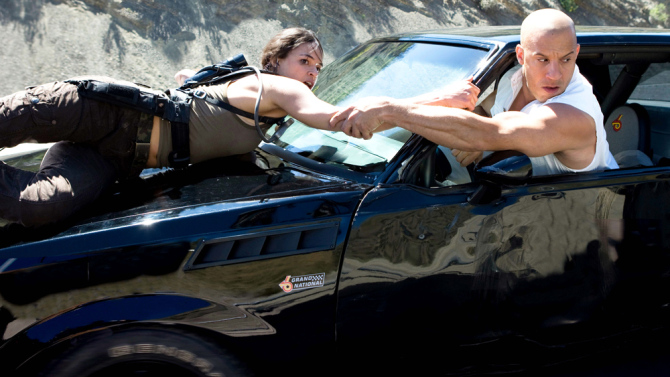 Universal Pictures and Vin Diesel have confirmed there will be a ninth and a 10th film in its “Fast and Furious” franchise with release dates in 2019 and 2021.

The news was first unveiled late Tuesday night through Vin Diesel’s Instagram account. Diesel had revealed on Jan. 18 that eighth film would be titled “Fast 8” and released the first poster for the action movie, showing the New York City skyline.

Plot details have yet to be revealed for “Fast 8” although news broke last month that Universal was exploring shooting the actioner in Cuba. “Straight Outta Compton” director F. Gary Gray is directing and Neil Moritz is producing with Diesel.

“Furious 7,” which was dedicated to the late Paul Walker, was a massive success with worldwide grosses topping $1.5 billion.

The first film in the franchise was titled “The Fast and the Furious” and starred Diesel, Walker, Jordanna Brewster and Michelle Rodriguez with Rob Cohen directing and Moritz producing. The 2001 release carried a budget of $40 million and grossed $145 million domestically and another $62 million internationally.