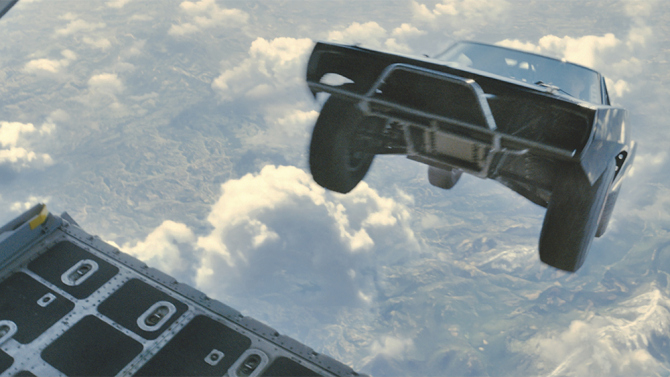 Universal’s “Fast and Furious” franchise may be going where no major studio film has gone before.

While plans are still being worked out, Variety has learned that the studio behind the hugely popular series wants to shoot part of the eighth film in the “Fast and Furious” series in Cuba. The filmmakers have made a research trip to the country to look at possible locations, though an insider cautions that things are in the exploratory phase.

“Universal Pictures is currently in the process of seeking approval from the United States and Cuban governments to explore shooting a portion of the next installment of the ‘Fast & Furious’ series in Cuba,” a spokeswoman for the studio said.

Exotic locales are a staple of the “Fast and Furious” films, with previous chapters unfolding in the likes of Dubai and Rio. The setting is also advantageous because the series has an avid Hispanic audience.

The move comes as Hollywood companies are looking for ways to gain a foothold in the Latin American nation following the Obama administration’s move to normalize relations with Cuba. Since a decades-long trade embargo was lifted, Conan O’Brien has shot episodes of his late–night program in Havana, Showtime’s “House of Lies” has announced plans to film parts of its fifth season in the country, and Vanity Fair sent Rihanna and photographer Annie Leibovitz down to the communist nation to get footage of the pop star giving sultry stares while idling by Eisenhower-era cars. Netflix has also announced plans to launch a streaming service in the country, despite its poor internet connectivity.

“Cuba is a land that many know about, but few have seen,” said John Kavulich, senior policy adviser to the U.S.-Cuba Trade and Economic Council. “These productions are hoping to capitalize on the increased interest in Cuba.”

So far nothing has hit Cuba on the size and scale of a “Fast and Furious” movie, which are known for their gravity-defying stunts and screen-flooding explosions. The only previous Hollywood shoot in Cuba was a small indie starring Giovanni Ribisi called “Papa,” which was set during the Cuban Revolution.

In the past, films like “Havana” with Robert Redford or Michael Mann’s “Miami Vice” substituted locations in the Dominican Republic or Uruguay for Cuba because years of tension between the two countries meant that U.S.-based companies were barred from spending U.S. dollars in Cuba. That changed after a trade embargo was lifted in 2015, lightening travel restrictions and leading the U.S. to open an embassy in the country. Experts like Kavulich said that a major Hollywood film will have no trouble securing approvals because allowing filming of a “Fast and “Furious” sequel would be viewed as a chance to strengthen relations.

The location would be one of several backdrops for the newest “Fast and Furious” film. Right now the studio is hoping to start production this spring in Atlanta and New York. The plan would be to have one of the film’s major set pieces take place in Cuba.

Several hurdles still need to be overcome, including ensuring that the country is capable of handling a big-budget shoot that a film of this nature requires, but insiders are hopeful that any reservations will be swept aside by the time production begins this spring. There are a number of advantages to shooting in Cuba beyond popular interest in the island country. Cuba has a variety of settings that could appeal to filmmakers — from beaches to tropical mountains — as well as highways, railways and something of a transportation infrastructure. The country also has a native entertainment industry and does boast soundstages and trained professionals. Food is cheap and labor is substantially less expensive than it would be in the U.S.

The major disadvantage is a lack of internet. Verizon and Sprint have offered roaming in the country, but a production of this scale would need to bring in a satellite-based wireless internet system.

Though Cuba and the West engaged in saber rattling for years, low points in relations, such as the Cuban Missile Crisis or the Bay of Pigs Invasion, have passed into history for a rising generation. Cuban citizens are even relatively well versed in American pop culture. Hollywood films are shown on television and more recent productions are routinely pirated and sold on USB drives.

“In general people like Americans and are very welcoming,” said Richard Feinberg, senior fellow at the Brookings Institution and the author of “Open for Business: Building Cuba’s Economy.” “From the Cuban point of view, these kinds of films would bring in money and attract positive publicity.”

The next “Fast and Furious” film debuts on April 17, 2017. Vin Diesel and Dwayne Johnson are on board to return in starring roles, while “Straight Outta Compton’s” F. Gary Gray will take over the director’s chair.