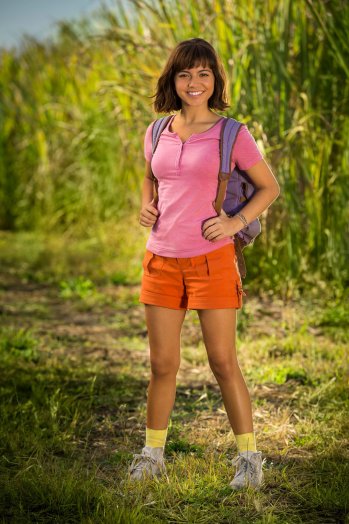 Dora aired on Nickelodeon for 172 episodes from 2000 to 2014. It centers on a young American Latina who, along with her monkey, Boots, faces riddles and characters such as a thieving fox named Swiper as she went on quests.

Moner, best known for last year's Transformers: The Last Knight, was cast in May to play a teenage version of the Nickelodeon character. The film is from The Muppets director James Bobin, who penned the script with Nick Stoller. The film also stars Eugenio Derbez and Madeleine Madden.

“I’m honored and excited to bring Dora to life. I grew up watching the show, and for me, especially as a Latina, Dora was an amazing role model — she is a strong, adventurous and fun-loving girl," Moner said in May upon her casting.