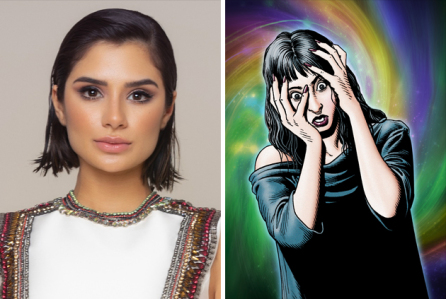 Diane Guerrero (Orange is the New Black) is set for the series regular role of Crazy Jane, one of the leads of DC Universe’s live-action series Doom Patrol, from Greg Berlanti and Warner Bros TV.

Guerrero’s Crazy Jane is an unlikely hero suffering from the world’s most severe case of multiple personality disorder. Each of her 64 distinct personas manifest a different super power making Jane the Doom Patrol’s most powerful member…and also its most unstable.

Jeremy Carver is writing Doom Patrol, a reimagining of one of DC’s strangest group of outcasts: Robotman, Negative Man, Elasti-Woman (April Bowlby) and Crazy Jane (Guerrero). Led by the mysterious Dr. Niles Caulder they’re called into action by the ultimate hero for the digital age, Cyborg. Banding together these rejects find themselves on a mission that will take them to the weirdest and most unexpected corners of the DC universe.